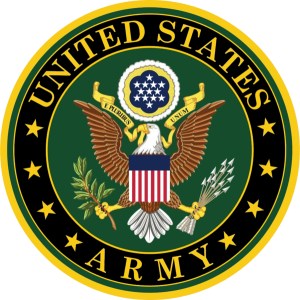 John Merle Retterer, 81, peacefully passed away at OSU Wexner Medical Center in Columbus, Ohio on March 21, 2019.  John was born in June 1937 to Arthur and Dorothy Retterer of Prospect Ohio.  John was the oldest of three children.  Initially John grew up in Prospect, but his family moved to Marysville where he spent the rest of his childhood.  After graduating from Marysville High School, John joined the U.S. Army. Upon completing basic training, John returned home to marry Retta Stierhoff in September 1955.  John and Retta settled into military life and started a family of their own.  The military sent them to Ft. Bragg NC, Ft. Benning GA, Ft. Jackson SC, Ft. Knox KY, Ft. Campbell KY, and Ft. Wainwright AK.  While serving in the Army, John received a BS degree from Embry-Riddle Aeronautical University.  During John’s career he served in the Army Special Forces Green Berets, Rangers, as well as piloted Huey and Cobra helicopters with the 1st of the 9th Cavalry and he also piloted the CH-54 “Sky Crane” helicopter.  John served one tour in Korea and three tours in Vietnam.  John was awarded the Distinguished Flying Cross, Air Medal, Bronze Star, and many others commendations.  John retired from the Army in June 1978.

After his retirement, John stayed in Alaska working for the Fairbanks North Star Borough as the Director of Alaskaland.  He then moved on to work for Crowley Maritime/Alaska HydroTrain.  John continued his education at the University of Alaska Fairbanks earning a Master’s degree.  John and Retta returned to Ohio in 1988 and have been living in Prospect ever since.  John found work with McAuliffe’s Hardware and the Union County sheriff’s office.  He retired again in July 1999.

John’s lifelong hobby was model railroading.  He enjoyed building his own train layouts which included constructing realistic buildings, train cars, and scenery.  He took his family on many steam engine rides over the years as well as to many hobby shops, train conventions, and other train related events.

John’s service in the Army was recognized in 2016 when he was selected to take part in an Honor Flight.  This was something he was very proud to go on.  He also served as a docent at the National Museum of the USAF at Wright-Patterson AFB in Dayton.

The Church was important to John.  He served in many ways over the years as he was able.  In 2018 John graduated from the Diakonia program.  Diakonia was something he thoroughly enjoyed; not only for the knowledge, but also for the comradery.

A service for John will be held at St. Paul’s Lutheran Church in Prospect Ohio on Saturday March 30, 2019.  Visitation will be at 10:00a with the service following at 11:00a.