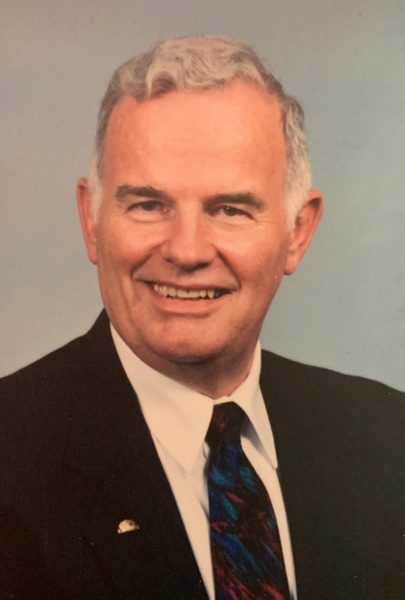 On Wednesday, May 12, 2021 Deacon John D.(Jack) Rankin, loving husband, devoted grandfather and father died at the age of 84 after his battle with vascular dementia.

Born November 25,1936 in Lima, Ohio, he attended St. Rose High School before graduating from the University of Dayton. While attending UD, he met and married the love of his life, Maxine Emmons. They moved to Baltimore where Jack served in Army Intelligence. After the birth of their two older sons, they returned to Jack's home town of Lima, Ohio where they had five more children.

In 1974 Jack, Maxine and their six children moved and settled in Columbus, Ohio. Jack was ordained a Deacon by Bishop Hermann on November 3, 1975 at Our Lady of Peace, where he served for over three decades. He presided over the weddings of all of his children. After working in the computer industry for decades, at the age of 50, Jack started his second career as a hospital chaplain at Mt. Carmel Medical Center. He remained there until he retired.

He and Maxine enjoyed time together at Indian Lake, Jack’s favorite place. He enjoyed spending time with his family, especially his grandchildren. He loved to listen to Johnny Cash, bluegrass and classical music. He enjoyed boating at the lake, carpentry (especially with granddaughter Bailey), maintaining his lawn, and all things OSU BUCKEYES! He loved his faithful furry companion, Henry.

He was preceded in death by his sons, Joseph and Stephen, his parents, Robert and Helen and his sister, Marie Reaman.

Jack believed that forgiveness was always possible and that God lived in community. As he stated in a 2002 Homily: "We are responsible people who reach out to people.

We are people who forgive those who trespass against us.

We are people who practice what we teach.

We are responsible people who oppose injustice in all its forms.

We are people who share our food with the hungry, our homes with the poor, our possessions with those who have none.

We are the People of God!"

To order memorial trees or send flowers to the family in memory of Deacon John Rankin, please visit our flower store.

Our Lady of Peace Parish

Our Lady of Peace Parish