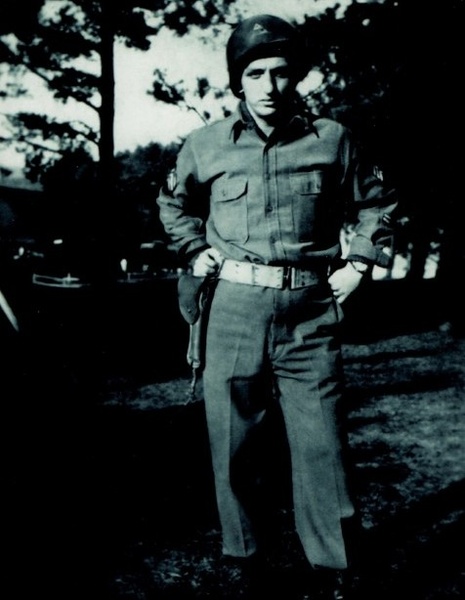 Aaron P. Raita died peacefully in Columbus, Ohio on October 13, 2020 after a short illness. Aaron was born in Cincinnati, Ohio on December 4, 1922 to Kate (nee Gangler) and John Raita Sr. Growing up during the Great Depression, times were tough during his early life. Aaron enlisted in the Army and served in the 14th Armored Division (Liberators) during World War II. At the end of the war he returned to Cincinnati, went to work for the City of Cincinnati, and married his wife, Ruth (nee Ingraham), on July 2, 1949. Cincinnati residents for most of their lives, Aaron and Ruth relocated to Tucson in 1990 to be near their daughter, Kathy, and her family, and moved to Columbus in 2018. Aaron was preceded in death by his wife, Ruth, his parents, brother John Jr., and sisters Margaret and Katherine Grosheim. He leaves daughters Deborah Raita (John Cosenza) and Kathy Jech (David), son Michael Raita (Rhonda Cowan), grandson Christopher Jech (Brandi), and granddaughter Allison Jech (Sharif Elguindi), to cherish his memory. Aaron was a good, decent, hard-working, and honest man who put taking care of family above all else.


Burial services with Military Funeral Honors took place at Arlington Memorial Gardens on October 16. In lieu of flowers, contributions may be made in Aaron’s memory to any organization supporting United States military veterans.

To order memorial trees or send flowers to the family in memory of Aaron Raita, please visit our flower store.