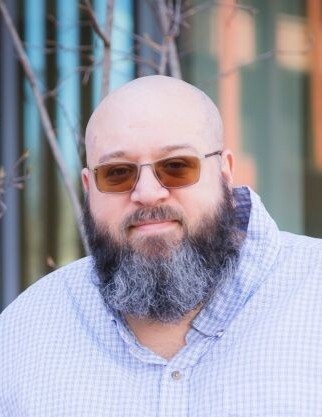 Alan Richard Durst, age 44, of Galloway, OH passed away unexpectedly on Friday April 22, 2022. Alan was born on July 11, 1977 in Gallipolis, OH. Son of Jean Durst and Nephew of Maurisha (Don) Nelson. He graduated from Eastern High School in the spring of 1995. Alan was a Boy Scout and participated in a few different school sports. Alan served in the Marine branch of the military. He really enjoyed when he traveled to Norway during his service. Alan frequently spoke of the beautiful Fjords* he saw while in Norway.

Alan is survived by his wife Amy Williman, who he married on October 11, 2012 as well as sons Titan (8) & Torin (5).  Also surviving are mother Jean Durst, aunt and uncle Don and Maurisha Nelson, cousins Jeff (Rochelle) and Missy and their children. Father-in-law Jon (Beth) Williman and stepsister-in-law Lorena Shanabrook and brothers-in-law Joe and Jesse (Alex) Williman and their children along with many extend family members and friends will miss him.

*fjords A long, narrow, deep inlet of the sea between high cliffs, as in Norway and Iceland.

To order memorial trees or send flowers to the family in memory of Alan Durst, please visit our flower store.