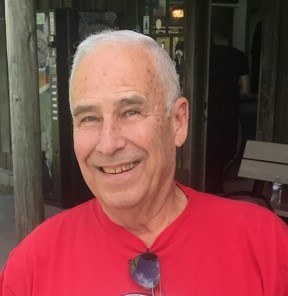 Allen Lee Crossley, age 84, passed away unexpectedly of natural causes on February 27, 2022. He was born on June 26, 1937, in the family home on East Gates Street in Columbus, Ohio. He was the youngest of six children of Ed and Rose Crossley, who preceded him in death. He attended South High School, becoming President of the January Class of 1956. After briefly attending Asbury College, he enlisted in the Army and served three years. When he returned to Columbus, he married his high school sweetheart, Marilyn Wilson, on August 31, 1962, and they began their life together always focused on love and family.

During his career, he notably worked as an investigator with Retail Credit (Equifax), followed by years with North Community Lutheran Church, and concluding with the Franklin County Board of Elections. While he was working, he returned to college, earning a bachelor’s degree from Franklin University. Everywhere he went, he made close friends through his open, kind spirit and genuine interest in and affection for everyone he met.

Allen and Marilyn were members of North Community Lutheran Church for nearly 50 years, and considered members of that congregation to be family as well. He served on many committees and boards, always answering the call when asked to serve.

Allen is survived by his beloved wife of 59 years, Marilyn. Their travels over the years with family and friends brought them great joy. Family vacations included Florida, New England, the Great Smoky Mountains, Canada, and Virginia Beach. In later years, they traveled to Hawaii, Europe, and the Holy Land. One of their best adventures was skydiving in celebration of his 80th birthday … and again on his 81st!

He is also survived by their children, Cassandra and Michael, and grandchildren, Samantha Hogan Rickerl (husband Jan) of Chicago, and Allen Hogan (wife Danielle) of Columbus. Multitudes of nieces and nephews also survive, including Bill Crossley of Jacksonville, FL, with whom he grew up. Extended family includes Jeff and Darla Jones and their children Emma and John. Allen is preceded in death by his parents, five siblings (Ross Crossley, Stanley Crossley, Martha McCotter, Marvin Crossley, and Mary Jane McDaniel), and daughter-in-law Jennifer Crossley.

Calling hours will be Thursday, March 3, 2022, from 11:00 am to 1:00 pm at Shaw-Davis Funeral Home, 4341 North High Street, Columbus, OH 43214. The funeral service will begin at 1:00 at the funeral home officiated by Pastor Chris Adams, followed by a procession to Kingwood Memorial Park Cemetery in Lewis Center.

In lieu of flowers, the family requests donations to the Wounded Warrior Project ( https://www.woundedwarriorproject.org ), Lutheran Social Services (https://lssnetworkofhope.org) , or the charity of your choice.

To order memorial trees or send flowers to the family in memory of Allen Crossley, please visit our flower store.