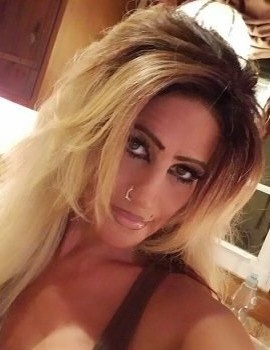 Andrea Marie Savoia
May 18, 1968 - September 10, 2021
“The song is ended, but the melody lingers on...”
Andrea Marie Savoia passed early in the morning on Friday, September 10th at the age of 53.
She was born on May 18th, 1968 at Riverside Methodist Hospital, in Columbus, Ohio. She grew
up in Westerville, Ohio and attended Westerville South High School.
Andrea was a very bright, kind, empathetic and charitable mother, sister, cousin, and friend. She
was known for her beauty, taste, and uniqueness. She was known for being “fashionably late,”
(after all, ‘simple’ was not in her vocabulary!) and she could grasp the attention in any room with
her smile and wit. Andrea was a devout follower of God and took pride in her spirituality. She
had an eye for beauty, and a touch for arts and crafts. Lesser known, she had a way with words
and a love for writing poetry. The love that radiated from her soul will remain in the hearts of all
those whom she has touched.
Andrea was preceded in death by her father, Hubert Anthony Savoia Jr., and her mother, Paula
Savoia.
Andrea is survived by her four children, Jeramy Michael Adams, Jerad Anthony Adams, Gianna
Christian Adams, and Gabriella Evalina Adams; her brother Michael A. Savoia, his wife
Berniece A. Savoia (Estep); her sister Jamie Michelle Savoia, her spouse Matthew David Gillis;
her niece Mariah Christianna Savoia; her nephew Tyler Matthew Gillis; and numerous extended
family members.
She will be deeply missed by her friends, family, and all who knew her.
Andrea will be cremated per her own request, and there will be a closed family dinner service to
honor and celebrate her life.

To order memorial trees or send flowers to the family in memory of Andrea Savoia, please visit our flower store.