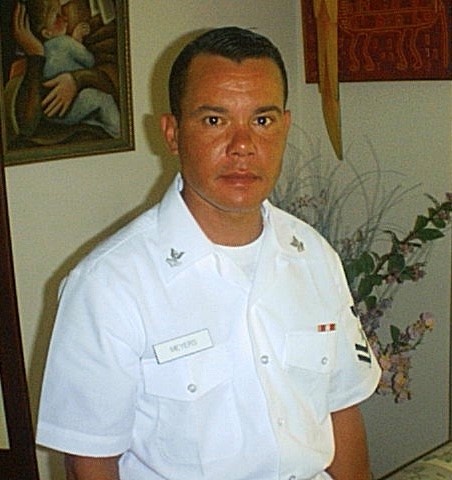 Andrew Lawrence Meyers was born on June 29, 1960 to parents Lewis and Rebeca Meyers in the Panamá Canal Zone, Panamá. He spent his early years in Panamá eventually moving to the US and settling in Columbus, OH with his family. Andrew was a 1979 graduate of Walnut Ridge High School where he was on the Varsity Wrestling team. After high school, he enlisted in the Ohio National Guard and he also served in the US Navy later in life. Andrew has always had an artistic eye and made a career creating custom murals and commercial signs that are still displayed around Central Ohio. He was also an avid Michigan Wolverines Fan, as was his father.

Andrew is preceded in death by his parents, Lewis and Rebeca Meyers. He is survived by his children, Camara (Brett) Scott and Brian Caudill; grandchildren, Devon, Kevin, Kaleb and Kennedy Scott; siblings Lewis (Mary) Meyers, and Celine Kholer; nieces, Celina and Laurel Meyers, Melissa Kholer; and nephew Joshua Kholer as well as a host of other family and friends.

To order memorial trees or send flowers to the family in memory of Andrew Meyers, please visit our flower store.