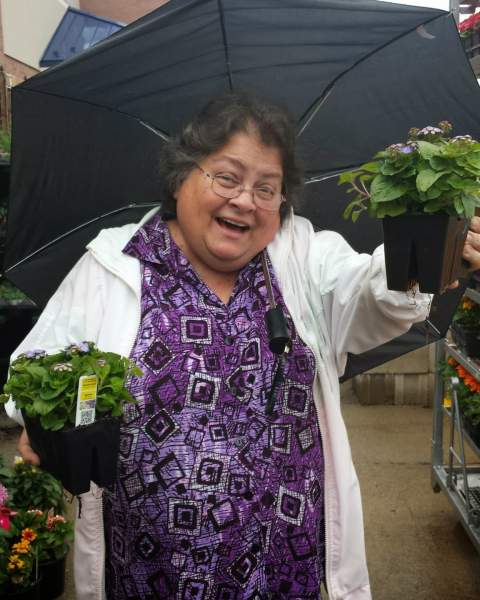 Born in 1949 to Len Bailey and Helen Courtney in Columbus, OH, Arlena was the 4th child of five, with her twin sister, Verlena barely beating her for third. She graduated from Westerville High School in 1969, then continued on to work on the Ranco assembly line, as a lunch lady at Evangel Christian Academy, and her favorite, caring for young children.

In 1981, she married Gary at Christ the King Church in Columbus with Pastor Bob Swanger officiating. During their 41 years of marriage, they lived at three different addresses all in Columbus; had two children, one foster child, and three grandchildren.

She loved God and attended Faith Christian Center in Columbus, walking out her Christian faith through her gentleness, kindness, and love of others. With an open heart and open hands, she selflessly gave of herself to anyone she encountered, earning the role of “Mama Winters” in many peoples’ lives.

She could often be found in her “kinchen'' baking or cooking enough for a small army that she would then distribute to her family, friends, neighbors, medical staff, or anyone else that would have it. Sunday dinners with family were a favorite of hers, spending time eating and playing games like Hand and Foot with those she loved.

Her orneriness and mischievousness were amplified when she was with her friends, causing fun-loving ripples wherever they went. This side of her could also be seen with her children and grandchildren, who were her pride and joy. She would drop everything to make sure they could get to where they wanted or needed to be and would take them on many adventures, leaving her mark on their lives.

She will be deeply missed by those that knew and loved her.

To order memorial trees or send flowers to the family in memory of Arlena Sue Winters, please visit our flower store.

Visitation 2-3 pm immediately followed by funeral service with a live stream available for those not present.