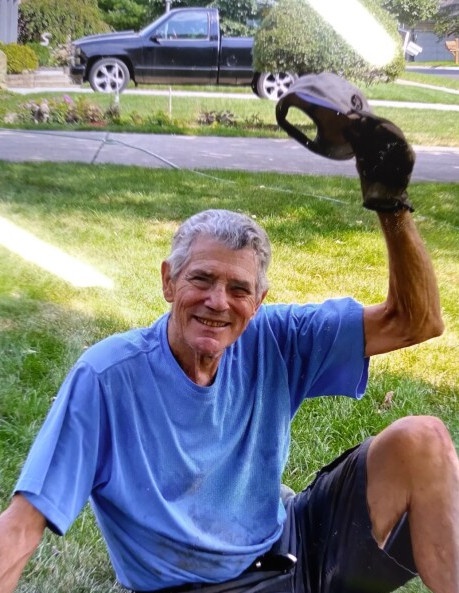 Arvin Richard Striker, 89, entered eternal rest with our Heavenly Father on Thursday, June 9 after a long battle with 3 types of cancer and heart condition. He was at his home 880 Ludwig Dr, Gahanna, Ohio. His wife and best friend, Carol, was by his side for 71 years.

Arvin was preceded by his parents; John C. and Dorothy Striker, and Older Brother John Striker.

Carol and Arvin spent 1/3 of their life Traveling and moving around Ohio and Michigan for dad’s advancements with JC Penney Company.  He won many awards with JC Penney for outstanding performance recognition. The one strong hold was the church that constantly sent blessings to the family.  Travel continued into retirement with their favorite place in Branson.

Arvin was very athletic and ran track in High School, state competitions, Capital University and in the Navy. He tried out with Cleveland Indians and made the team. He was an excellent ping pong player.  He passed on his skills to his children. He was also the class President at Capital University.

Arvin is now free from pain, and is at peace.

Instead of giving flowers or gifts, you may make a donation to Melanoma Association in his name.

"Fill not your hearts with pain and sorrow, but remember me in every tomorrow. Remember the joy, the laughter, the smiles, I’ve only gone to rest a little while. Although my leaving causes pain and grief, my going has eased my hurt and given me relief. So dry your eyes and remember me, not as I am now, but as I used to be. Because, I will remember you all and look on with a smile. Understand, in your hearts, I’ve only gone to rest a little while. As long as I have the love of each of you, I can live my life in the hearts of all of you."

To order memorial trees or send flowers to the family in memory of Arvin Striker, please visit our flower store.