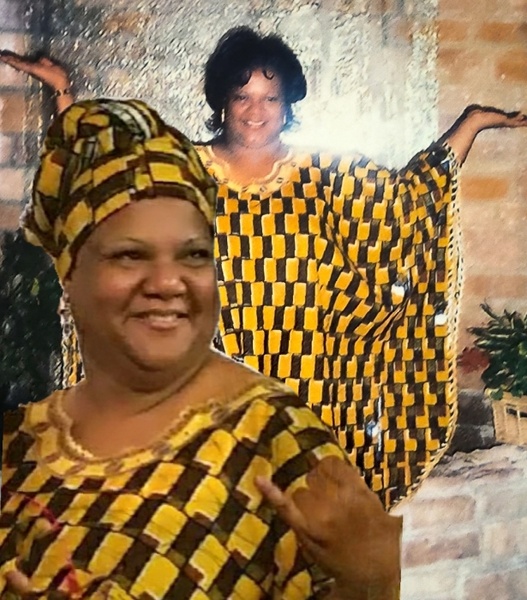 Motivational speaker, author, director, minister, and friend, Minister Aundrea Denise Gibson née Shurney passed on at the age of 51 at her home in Columbus, Ohio in the early hours of Wednesday April 7th, 2021 of calciphylaxis.

Born on the 9th of November in Los Angeles, California to Antonia Greene and Darrell Shurney, Aundrea ultimately spent most of her life in the eastern United States where she dedicated her life to the service of others within her home and through various community, religious, and educational organizations. Most notably, she worked with children’s rights advocate, Dr. Marian Wright Edelman, on the “No Child Left Behind” Initiative and the Stand for Children campaigns in Washington, D.C. In 1996 she founded Youth On A Mission and Building A Better Youth under the umbrella of Awaken Women of Excellence, Inc, a women’s outreach set to impart, impact, and awaken. Aundrea also established several athletic teams and personal development programs in local schools and recreation centers in Springfield, Ohio and Columbus, Ohio, including the Future Leaders Program, Young Women in Transition program, and the various Forever Diamonds youth programs in Central Ohio.

In addition to her community work, Aundrea was a board certified reflexologist through the Reflexology Science Institute and a massothearapist educated at the Cayce Reilly Institutes in Virginia Beach, Virginia. She had spiritual foundation laid by the Universal Hagar’s Spiritual Church and practiced ministry as authorized by Greater Grace Temple in Springfield, Ohio and Rhema Christian Center in Columbus, Ohio for nearly twenty years before she was ordained as a Bishop on October 25th, 2014 under the Fellowship of Christian Churches Worldwide.

Aundrea received innumerable awards and recognition from the State of Ohio, the City of Columbus, Ohio, the City of Elsmere, Kentucky, the City of Walton, Kentucky, Columbus Parks and Recreation Centers, Columbus City Schools, ABC Radio Networks, Phenomenal Woman Inc, the NAACP, and various correctional institutions for her dedication, commitment and many contributions to the community.

She is survived by her husband of over 30 years, Spencer Gibson Jr., her children Alanna and Jorden, her grand dog Cruz Glen Coco Goodboy, mother Antonia, father Darrell, sister Bridget, brother Larry, sister Lauryn, several nieces and nephews, cousins Robert, Roslyn, Priscilla, Renee, Shelly, Glennette, Ronnie, and Ashley, and innumerable friends and mentees. Many thanks to dear family friend Chandra Reeder for always being there for Aundrea and her family.

A final visitation and service for Aundrea will be held on Friday April 16th from 5pm-7pm at Shaw-Davis Funeral Home located at 4341 North High Street Columbus, Ohio 43214. It will be live-streamed for those unable to attend during these uncertain times. A full celebration to honor her full life will be held at a later date this year. Flowers are welcomed, but donations to The Children’s Defense Fund ( https://secure.childrensdefense.org/site/Donation ) and The National Kidney Foundation ( https://www.kidney.org/donation ) in her memory are suggested. To send condolences directly to the family please sent them to The Gibsons, Post Office Box 141335, Columbus, Ohio 43214 or via email at alannamgibson@gmail.com.

Romans 12:2 was one of Aundrea’s favorite scriptures: “And do not be conformed to this world, but be transformed by the renewing of your mind, that you may prove what is that good and acceptable and perfect will of God.” She lived by it, and we, her surviving family, encourage you to do the same.

To order memorial trees or send flowers to the family in memory of Aundrea Gibson, please visit our flower store.