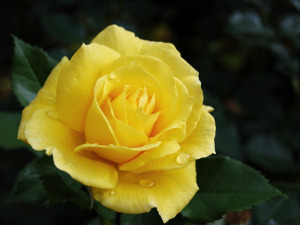 Barbara Angela Deleget (née Kozak), 77, of Dublin, OH, passed away on December 31, 2020. Although her health was in decline for several years, she died due to complications from COVID-19.

Barbara was born on July 14th, 1943 in Chicago, IL. She graduated salutatorian from Highland High School in Highland, IN, and then pursued her undergraduate degree in Mathematics with a minor in Russian at Purdue University in West Lafayette, IN. After graduation, she worked as a computer programmer for Montgomery Ward in Chicago, one of the first women working in this field.

She married Jerrold Deleget and settled down in Highland where she raised three sons, Jerrold Brian, Matthew Edward, and Michael James. After her divorce in 1980, Barbara went back to school to earn her master’s degree in Mathematics and then started a new decades-long career in teaching. She taught for a couple of years at Hobart High School in Hobart, IN, before moving on to Griffith High School in Griffith, IN, where she taught math and computer science, as well as coached the academic bowl teams, until her retirement.

Barbara was a devoted daughter and mother. She was very proud of her sons and could always be found cheering on her boys in the stands, in the audience, or at an opening reception. She played the piano and loved the arts, traveling, and gardening.

After Barbara retired from teaching, she volunteered with SHIP to provide insurance counseling and assistance to Medicare-eligible individuals and with St. Joseph’s Carmelite Home in East Chicago providing care to children in need. She was also an active member of St. James the Less Catholic Church in Highland.

After a severe medical emergency in 2013 caused by the autoimmune disease vasculitis, she fought bravely for months to regain her physical abilities making a near full recovery. In 2015, she moved to Columbus, OH, to be closer to family.

In 2018, she suffered another health setback but made a miraculous recovery and lived for another two and a half years.

Due to the pandemic, there will be no public memorial service. In lieu of flowers, please consider making a donation to the Vasculitis Foundation (vasculitisfoundation.org).

To order memorial trees or send flowers to the family in memory of Barbara Deleget, please visit our flower store.