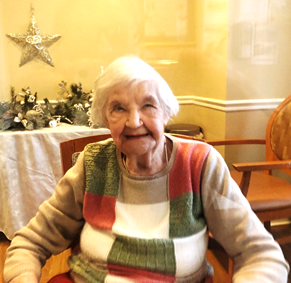 Barbara was born in Vernon, Texas, one of eight children. With her husband Bill, she moved to Georgia, Pennsylvania, and then Columbus, Ohio in 1964 where she remained the rest of her life. Barbara deeply loved and appreciated her family and was very proud of them all. Barbara loved people. She had many good and faithful friends and enjoyed gathering with them for lunch and games.

It was said that Barbara was one of the last remaining Southern Baptist Democrats. She stood up for gay rights decades before there was such a thing, she knew black lives mattered long before it became a movement, she always befriended the foreigner, invited in the excluded and spoke up though women were to be silent. Barbara spent decades active in church, teaching women’s Sunday school, supporting missionaries, caring for church members and giving many rides to church, to lunch, and for errands. Barbara put herself out for others, but she never wanted to be a burden or an imposition. Most of all, Barbara desired to show love and be loved. Barbara had an attitude of gratitude, always tried to look on the bright side, she would say “don’t dwell” on what hurts you. However, the tragic death of her twin sister in a fire at age 7, and the unresolved grief that followed, would haunt her the rest of her life. Yet Barbara was a courageously naive, resilient, trusting, tender soul.

Barbara received excellent care from the Forum at Knightsbridge Ambassador Suite and OhioHealth Hospice. Many caregivers said that Barbara was their favorite resident/patient because she was always kind and grateful for even the smallest acts. Barbara’s family is deeply grateful to these fine caregivers and to our mother’s many friends and churches who played a significant role in her life.

There will be a private graveside service.  If you would like to make a donation in her memory, please do so to OhioHealth Hospice.

To order memorial trees or send flowers to the family in memory of Barbara Jones, please visit our flower store.