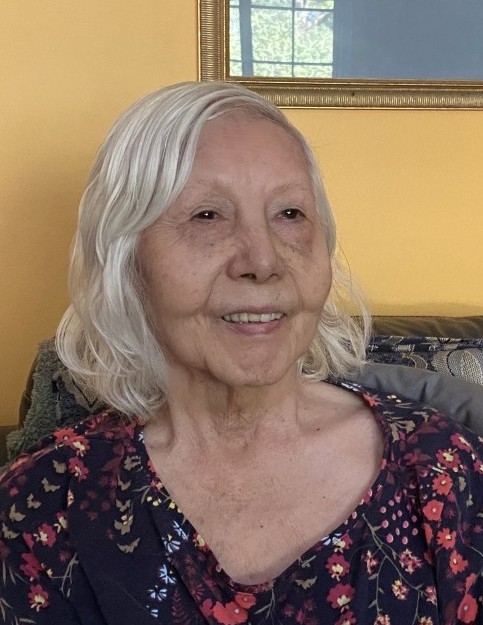 Barbara Fumiko Richardson died peacefully at home in Columbus, Ohio on the morning of Saturday, October 17, 2020, with some family present and all other family and friends loving her from afar.

Barbara was born Fumiko Shiba on January 24, 1932 in Yokosuka, Japan to a loving family. She attended Aoyama Gakuin University in Tokyo, after which she applied to Japan Airlines in a very selective process to become one of the first 6 international airline flight attendants with JAL. In 1956 she along with three other JAL flight attendants represented Japan and toured many major cities across North America to promote the Marlon Brando film Teahouse of the August Moon, appearing in interviews on TV, in newspapers, and in magazines.

While she continued work as a Japan Airlines flight attendant, in her spare time she worked at Nikko Kanko Hotel, a Japanese ski resort that had been taken by the US after WWII as a rest and recreation stop for military personnel and which was managed by her father. This is where she met her future husband, Bradley. Nikko was forever one of their favorite places.

Bradley was a Lieutenant JG in the U.S. Navy when he met and fell in love with Barbara. He asked Barbara’s father for his blessing to marry Barbara. Despite Barbara’s father having served as an officer in the Japanese Navy and Bradley in the U.S. Navy, they were able to oversee the differences of the history of conflict between the two countries. They befriended each other and had great respect for each other. Barbara’s father was worried that Barbara would leave Japan if she married Bradley, and they may never see her again. Barbara’s mother reminded him that they (Barbara’s parents) had been allowed to marry even though they were from different cities; she encouraged him to give his blessing to their oldest daughter’s marriage.

Barbara and Bradley married in 1957, once in Japan and again, shortly after, in San Francisco. It was in marriage that Barbara officially took her Christian name as her first name. They returned to Japan while Bradley finished his tour in the Navy, and their first child was born in Japan.

On their return to the states, they built a “home on a hill” in El Cerrito, California, while Bradley attended U.C. Berkeley for his PhD studies. They found an unlikely piece of land with a stream running through it. No one had purchased the land because it seemed nothing could be built on it. That didn’t stop Barbara. She envisioned a house on stilts and found an architect who could draw the plans. An original tiny home with a (then) clear view of three Bay Area bridges, she was able to re-visit the home and meet the current owner on her 85th birthday visit to California in 2017.

On Bradley’s PhD graduation in 1965 when he was offered a job at The Ohio State University, close to his childhood home, Barbara and Bradley said goodbye to the Bay Area and moved to central Ohio. This is where their second child was born in 1966.

In the late 1960s Barbara and Bradley faced challenges trying to buy their first central Ohio home. They asked to see houses in a particular neighborhood, a city and suburb outside of Columbus known for its lovely homes and good schools. Their real estate agent kept showing them homes outside the suburb they desired. Though this was after the Fair Housing Act of 1968, the real estate agent was apparently confused by an old law that said non-whites couldn’t live in that particular suburban city. They found another real estate agent and were able to find a home and move to the suburb of their choice where their children could attend the schools Barbara and Bradley wanted for them.

This incident inspired Barbara. She became a licensed real estate agent and worked for nearly forty years, most of those decades with HER Realtors. Many of those years she was a top residential real estate agent in central Ohio, her manager later saying Barbara would single-handedly carry as many listings as future real estate teams. She had many Japanese clients after the Honda Company came to central Ohio in 1979 (she was very proud that she had the chance to meet Mr. Honda). Sometimes people would ask if her success was because she had so many Japanese clients, but that actually wasn’t entirely the case. She was an incredibly hard worker with a diverse clientele. Some of her clients were also immigrants to the United States. Though many weren’t Japanese, they trusted Barbara, as they felt their stories would be held and heard by a fellow immigrant.

Barbara also extended her love of helping people to volunteering. She often translated for Japanese living in central Ohio when there was a need or helped exchange students and interns visiting the United States from Japan. Whether it was her professional work of helping buyers and sellers or her volunteer work helping with other aspects – hosting, translating, welcoming – she always seemed ready to help people through challenges or times of transition.

During all these years of work and family Barbara and Bradley also loved to travel. Together they traveled to many countries over four continents and even lived one year in Germany and traveled around Europe with their two young children when Bradley was on sabbatical doing research in Cologne.

On one visit to Spain in the 1980s, Barbara fell in love with Flamenco dancing. When she returned from her trip, she found a Flamenco dance teacher and community of dancers and Flamenco lovers who became dear friends of hers. For many years she performed with El Ritmo at the International Festival, The Ohio State Fair, ComFest, and various other local festivals. She even joined them in briefly performing at the senior living facility where she lived in recent years.

Also, despite her father’s concerns about not seeing her, her parents and a brother, sister-in-law, and nieces were able to visit Barbara in the U.S., and she was able to visit Japan many times. In 2015 she made one final visit to Japan, staying with her older brother and family for three weeks. She attended a high school, college, and JAL reunion and visited a family cemetery as well as many important places from her past with her two brothers. It was a very special time.

Around the United States Barbara and Bradley took many road trips with their children. Other than Carmel, California, their favorite place in the states was Hubbard Lake, Michigan, where they went every year. Barbara was able to visit the lake one last time in September this year.

Besides dance, Barbara loved music. She played piano from a very young age. She was an accomplished piano player, and all enjoyed whenever she sat to play, even this year. In her final months, though she no longer played, she greatly enjoyed listening daily to songs she had played over the years.

Barbara spent four of her last five years living independently then assisted at Danbury Senior Living where she made friends, enjoyed her time, and was loved by many. Early in 2020 she moved in with family.

Barbara lived a full, happy life, both personally and professionally. From a young age and through her entire adulthood, she enjoyed her spiritual connection through the Episcopalian church, as well as the Shinto and Buddhist influences of her parents’ origins. She could often be heard saying words of gratitude and deep faith. She always wanted to be of service and was seen as kind and helpful, as well as smart and graceful. She is loved and missed by so many, all around this beautiful planet. We see her dancing and enjoying music in the company of those who left before her.

Due to her wishes and the current pandemic, there will be no services at this time. Possible future memorial or Celebration of Life to be determined at a later time. Donations in Barbara’s memory may be made to the Japan-America Society of Central Ohio, http://www.jas-co.org .

To order memorial trees or send flowers to the family in memory of Barbara Richardson, please visit our flower store.