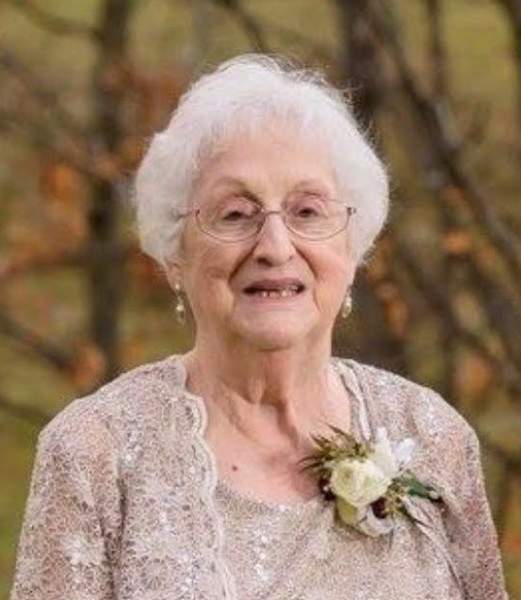 BETTY JANE (VOGEL) CRAIG, 90 of Columbus, OH and formerly of Supply, NC died on Friday, April 9, 2021, at the Kobacker House in Columbus, OH after suffering a stroke on Good Friday, one week earlier. Born February 16, 1931, in Pittsburgh, PA, she was the daughter of the late Arthur Vogel and E. Evelyn (Clements) Vogel. She was preceded in death by her husband, Carlton Edward “Bud” Craig, Sr. in 2014; her daughter Nancy (Craig) Tundel in 2015; and infant grandson Alexander Rockwell Craig in 1990. She was also preceded in death by her brother Arthur Vogel; sister Ruth Krelko and husband Steve Krelko; sister Barbara Schmidtetter and husband George Schmidtetter. Her sister-in-law Carol Vogel survives. She is survived by her children Carlton E. “Skip” Craig, Jr. and wife Marsha of Birmingham, AL; Stuart W. Craig and wife Sylvia of Clayton, NC; Robert E. Craig and wife Brenda of Hudson, OH and son-in-law Rev. Philip Tundel of Yeagertown, PA. Betty is also survived by 10 grandchildren who knew her as “Grammie”. They are Mark (Jennifer) Craig and Emily Craig of Birmingham, AL; Rachel (Andrew) Lukmann of Brooklyn, NY; Jon (Lucy) Tundel of Durham, NC; Matt Tundel of Santa Fe, NM; Adam (Kari) Craig and Josh Craig of Clayton, NC; Hannah Craig of Carrboro, NC; Ryan (Katey) Craig and Erin (Josh) Blatchford of Columbus, OH. A very real blessing later in life was experienced with the addition of her 6 great-grandchildren named Caroline, Abigail, Sawyer, Bethany, Zoe and Amelia. Betty was born and raised in the Pittsburgh area. She married the love of her life, Bud in 1953, and they later moved from Monroeville to the farm in Hickory, PA with their four children. Upon retirement, they moved to Shallotte, NC near Holden Beach. Betty enjoyed gathering her large family at Holden Beach for a week each summer, where the cousins (her grandchildren) participated in turtle watchings, building sand castles, collecting sea shells, and enjoying many a meal with Grammie & Papa. Anyone who knew Betty would testify that she loved dogs. All of them. The ones that were lucky enough to be a regular part of her life were Gretchen, Pepsi, Toby, Flossie, and most recently Daisy. The number of dogs that Betty fed scraps to from the table, (some even against the will of their owners) were countless. In fact, just two weeks prior to her passing, Betty was caught sneaking an Olive Garden breadstick to Nala, under the patio table! Betty was a charter member of the Saint Luke Lutheran Church in Ocean Isle Beach, NC where a memorial service will be held on Sunday, May 23, 2021 at 2pm to honor Betty’s life. She loved her church and all the friendships that were forged there. For more information about the memorial service, please call the Saint Luke Lutheran Church office at 910-579-0107. Masks will be required. Online condolences can be shared with the family at www.shaw-davis.com In lieu of flowers, donations to an animal shelter in Betty’s memory can be mailed to Brunswick County Animal Services P.O. Box 92 Supply NC 28462.

To order memorial trees or send flowers to the family in memory of Betty Craig, please visit our flower store.