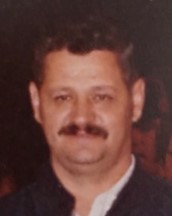 He graduated from Fairmont High School in May, 1957, he served in the US Air Force.  He later married, the love of his life, Mary Marie Johnson and became a father of 5 children.

He was the owner of a furniture business for several years that he worked hard to achieve. When not working, he was always looking for opportunities to make more money.

He is proceeded in death by his parents, 2 brothers, Robert (Bobby) and Charles (Charlie) and sister Phillis.

Billy made an everlasting impression to those who knew him. He will be remembered, missed and never forgotten.

There will not be a memorial service but, a gathering at the burial site of his father, in Catlettsburg, Ky., where Billy’s remains will be left. Date and time will be determined by family members at a later date.

To order memorial trees or send flowers to the family in memory of Billy Johnson, please visit our flower store.