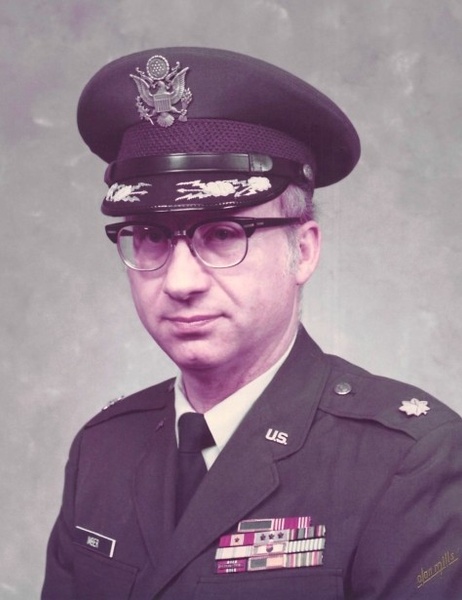 On Sunday, September 12, 2021, Carroll Dean Imber, loving husband and father of five daughters, passed on at the age of 92.

Dean was born on February 1, 1929 in Delphos, Ohio to Clarence and Zola Imber. Dean received his Bachelor’s degree in Business Administration and Economics at the University of Dayton in 1951.

Dean married the love of his life, Betty VanDemark, on March 24, 1951. They have been married a total of 70 years. Betty and Dean were blessed with five daughters, five grandsons, and three great-grandchildren.

Dean, a Korean War Combat Veteran served his country in both the U.S. Army and U.S. Air Force Reserves. Dean retired from military service on his birthday in 1989 with 31 years of service at the rank of Lieutenant Colonel. Always the patriot, Dean was shaped by his service and willingly shared those experiences, and many adventures, both as an enlisted man and commissioned officer in local groups and high schools. He rarely missed a parade, airshow, or military exhibit.

Dean also had a long and successful career with General Motors Acceptance Corporation (GMAC), retiring with 36 years of service as a Regional Sales Manager for Central Ohio.

Dean had a passion for flying and all things aviation related. Over the course of his long life, he and his twin brother owned and operated 6 different planes, and hosted many hangar parties at Don Scott Airfield in Columbus. His large circle of friends included aviation enthusiast and military veterans who all shared the common love for service and flying.

A memorial service will be held Friday, September 17, 2021 at 10 am at Resurrection Cemetery Chapel, 9571 High Street. For full obituary please visit shaw-davis.com.

To order memorial trees or send flowers to the family in memory of Carroll Imber, please visit our flower store.