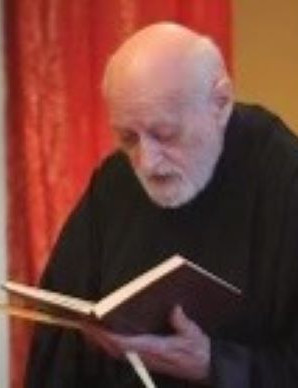 Charlie grew up in the state of Indiana. He moved to Columbus, Ohio around the mid to late 1970’s. Prior to this time, he had enrolled in the Diocese of Newton Melkite Greek-Catholic seminary near Boston, Massachusetts with the intention of becoming a Priest. For different reasons, he did not fulfill his obligation for priesthood. He then moved back to Indiana shortly thereafter. Charlie then received a phone call from Father Fred Saato to come to Columbus, Ohio to live and become a Cantor and Parishioner of the two Byzantine Catholic Parishes served at that time by Father Fred Saato: Holy Trinity Mission Church in Zanesville, Ohio and Holy Resurrection Church in Columbus, Ohio. Of these Parishes, three other priests have followed: Rev. Basil Adcock, Rev. Philaret Littlefield and current Reverend for the past 30 years, Father Ignatius Harrington.

Since his movement to Columbus in the 70’s Charlie mainly worked in retail, starting at 7/11 chain grocery stores, and eventually onto United Dairy Farmers, working at a variety of locations and working his way up to becoming a store manager. Eventually retiring around 5-6 years ago, after 30 plus years of service. As told by many, Charlie was a historian and a wealth of knowledge on the history of church’s, basically just world history in general. At times speaking to other people from different parts of the world, he had more knowledge of the history of where they lived then they knew of their own heritage. Overall, he just enjoyed conversing with different walks of life.

One of the main hobbies Charlie had was collecting stamps, of current or historical value for many years, being involved with different stamp clubs and going to shows at times, even having his own exhibits. Through all of his talents and being a Cantor here for many years, he had a wonderful and powerful voice, even able to hit the high notes up until the time of his passing. Charlie was proceeded in death by his parents Isaac Deeb and Edna Deeb (Frick); Brothers David, James and Thomas Deeb; Sisters Rose Jernigan (Deeb) and Elizabeth Stallings (Deeb); Great niece Dana Deeb; Nephews Bryan and Thomas Deeb ll. He is survived by a host of family members, including many loving nieces and nephews.

May his memory be eternal, his life now everlasting. He will be missed but not forgotten, his time well served on this earth.

To order memorial trees or send flowers to the family in memory of Charles Deeb, please visit our flower store.