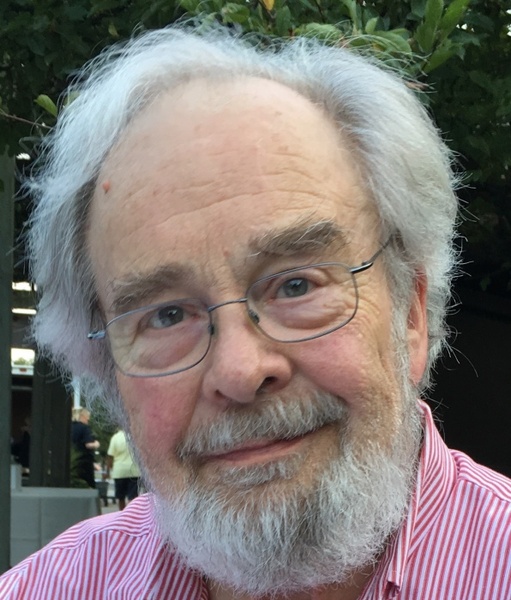 Charles W. Massey, Jr. died June 24th in Columbus, Ohio. He was born in Lebanon, Tennessee to the late Charles W. Massey and Ola Belle (Bond) Massey. He was the beloved husband of surviving spouse, Sherrill E. Massey.  His surviving sisters are Ola Jean Massey Goad and Sheila Massey Dorris, and a niece, Brittany Dorris and a nephew, Phil Goad. Surviving brothers-in-law, Harry L. Eskew (Margaret) and Richard S. Eskew (Jane). He received a BS in 1964 from Middle Tennessee State University (MTSU) and in 1972, an MFA from the University of Georgia where he met Sherrill. He was an Emeritus Professor of Art (Printmaking), at OSU from 1974 -2013 (39 years). He was honored with numerous special recognitions from students, faculty, alumni and the university, noteworthy: a 1981 OSU Distinguished Teaching Award, a 2009 Recognition as Undergraduate Research Mentor and a 2015-16 Distinguished Alumni Award from MTSU. He received the Louis Nemzer award in 1997, presented by the OSU American Association of University Professors to recognize individuals who have made noteworthy contributions to the principles of academic freedom and faculty rights. He was elected representative from ARTS to the University Senate, for a total of nineteen years of service. He initiated and nominated to the OSU Faculty Senate the awarding of an Honorary Degree to artist Roy Lichtenstein, to be given at Spring Commencement, in June 1988. Charles exhibited in over 900 regional, national or international juried, curated or invited exhibitions since 1971.    He was visiting professor and artist in residence in Hong Kong, Taiwan, Egypt and Italy. He had a tireless dedication to his students, and a profound influence on generations of students.  Many of these students have become teachers, professors and printmaking artists. Charles had a creativity that enabled him to enjoy collecting vintage toys, electric fans, boxes, and working sudoku puzzles.  He was involved in community service with the Italian Village Commission 1977-85; The Columbus Art League 1982-93 (Distinguished Service Award 1993). Memorial contributions may be made to The James Cancer Hospital, Blue Beautiful Skies Fund for Lung Cancer Research, 660 Ackerman Road., 6th Floor, PO Box 183112, Columbus, OH 43218. Due to the Coronavirus a special remembrance of his life will be later.

To order memorial trees or send flowers to the family in memory of Charles Massey, Jr., please visit our flower store.