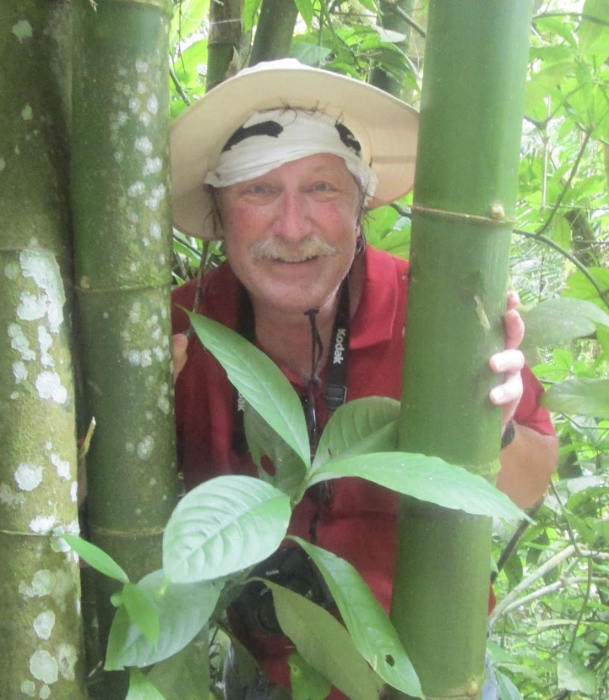 Chip was an inquisitive and curiosity-driven man with a wide-ranging spectrum of interests and hobbies, a wry sense of humor, and a compassionate heart that drove him to help those he cared for even at the expense of his own health at times. As a boy, he was known for his interest in science and experiments, resulting in some hilarious mishaps at his childhood home in the old Reynoldsburg countryside.

Graduating from Reynoldsburg High School in 1974, he subsequently attended University of Miami (Florida). After his time in college, Chip held a series of significant research positions in central Ohio, continuing his passion for scientific discovery and progress. These included Chief Microbiologist at the Ohio Dept. of Health’s Vector-Borne Disease Unit, Research Associate at the Ohio State University Dept. of Molecular, Cellular, and Organismal Biology (where he developed ground-breaking research on the preservation of ancient dinosaur DNA, ala Jurassic Park), the OSU Dept. of Entomology, and lab manager in the OSU Dept. of Animal Sciences, co-publishing important research on the topic of farm animal genetics. All of this he accomplished without ever holding a full  college degree.

Chip had a lifelong love of cooking and gastronomy, which began in his youth when he would join his mother preparing delicious meals for family gatherings. He passed on his love of cooking to his daughter Natalie, who would often watch him create new recipes in the kitchen. Chip and wife Lee Ann shared a love of birdwatching and nature photography, inspiring him to start a small nature trading card business. Some of Chip and Lee Ann’s photography was featured in nature and science magazines.

In his later years, Chip would develop a deep interest in the food, music, and culture of Japan, teaching himself Japanese to a level of near fluency. Some of his favorite memories were his travels in Japan, the tutoring sessions he held for English-learners, and the years he worked as regional manager of an Asian exchange student program, with the Pretzman household hosting a number of students themselves. In his free time, he adored reading about WWII and spy history, the stories of Sherlock Holmes, and watching James Bond films and the X-Files.

Chip is preceded in death by his mother and father, and survived by wife Lee Ann, daughter Natalie, sister Cindy, and longtime best friend Bettina Schadewald.

Donations in his memory may be made to the Foundation for Alcoholism Research (FAR).

A memorial service will be held on Tuesday, May 11, 2021 at the Shaw-Davis Funeral Home Clintonville Chapel, 4341 N High St., Columbus, Ohio 43214. The family will receive guests from 5-6 pm, with the service for immediate family members and close friends beginning at 6 pm. Due to the ongoing COVID-19 protocols, the number in attendance will be limited to 40 people, masks and social distancing will also be required while visiting the funeral home. For those unable to attend, a live stream of the memorial service will be broadcasted below.

To order memorial trees or send flowers to the family in memory of Charles “Chip” Pretzman Jr., please visit our flower store.