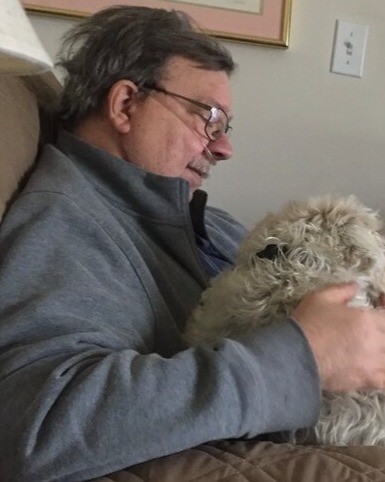 Corwin “Corey” Frix, 67 years of age, passed peacefully on December 22, 2022 in the presence of his loving wife Kathryn.

Corey was born February 14, 1955 in Columbus, Ohio to the late Robert L. and Susan Frix. He was the oldest of three children. Corey was educated in the Columbus Public School System in Ohio, graduating from Whetstone High School in 1973.

Corey worked in the printing business until he retired at age 60.  He loved his family, his friends, and his hobbies for many years before discovering Kathryn later in life in 2001, at age 46.  They married in 2004 and continued to live in Columbus, where Corey spent his spare time being favorite uncle to his niece (Sarah) and nephews (Giancarlo, Noah, Luca and Massimo) and enjoying going to concerts with Kathryn.

Corey was lovingly involved in neighborhood activities, including block watch, parties, Christmas luminaries and fire pit gatherings on the traffic Island. In spring and summer he welcomed all dogs and their people to stop by the patio for treats and a visit.

Corey is survived by his wife Kathryn, his brothers Dana and Adam, and his beloved furbaby Pierre.  He is predeceased by his father, Robert, and his mother, Susan.

To order memorial trees or send flowers to the family in memory of Corwin Frix, please visit our flower store.