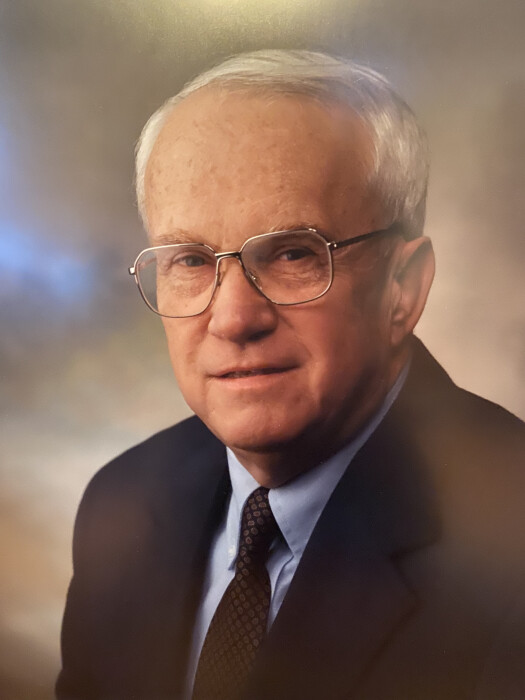 Daniel Evans Lewis, 90, of Upper Arlington, passed away peacefully on April 16, 2022.  He was born in Cincinnati, Ohio to the late Evan T. and Elizabeth Anne Lewis.  He was raised in Cincinnati graduating from Walnut Hills High School and the University of Cincinnati with a Bachelor of Science degree.  While in college he was a member of the Sigma Alpha Epsilon Fraternity.  He served two years as an artillery office in the United States Army where he rose to the rank of Captain.  He graduated from The Ohio State University with a degree of Doctor of Medicine.  He interned at Miami Valley Hospital in Dayton, Ohio.  He completed a Radiology Residency at University Hospital, Ohio State University in Columbus, Ohio.

He was married to Merlene (Sweet) Lewis in 1971 and they had two sons, Michael (Amy) and David (Kristine) Lewis, and four grandchildren Abby, Jack, Dominic and Jeffery Lewis all of whom survive him.

He was a member of Trinity United Methodist Church.  He was a member of the Masons belonging to Community Lodge 684 F. and A.M.  After retirement in 1997 he joined several men’s groups: The men’s breakfast group on Wednesday morning at First Community Church, The Columbus Rombus Club of Gyro International, serving as President in 2006 and 2007, and Probus, a professional and business men’s group.

Dan was a warm, caring man who loved his family, profession and the people whose lives he touched.  He will be dearly missed by his family and all who were fortunate enough to know him.

To order memorial trees or send flowers to the family in memory of Daniel Lewis, please visit our flower store.