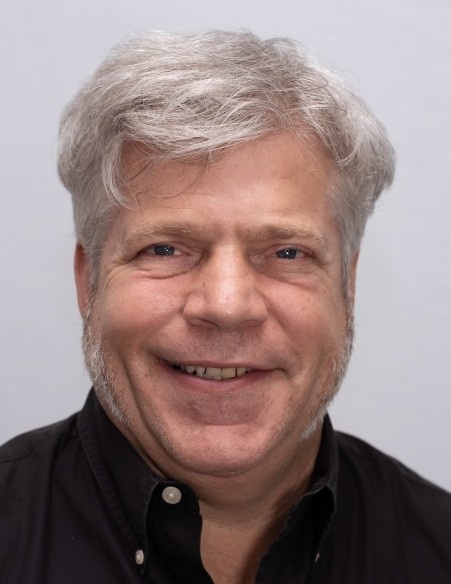 David Strause was a dreamer. While his heart beat with a sentimental love for the past, he was always looking forward to the future and trying hard to bend it to his will. In what many might see as a Quixotic endeavor -  yet was a spiritual necessity to him - David was hoping to provide the Columbus jazz scene with a safe harbor at the Blue Velvet Room, the club he recently created at the Snowden - Gray Mansion on Town Street. Soon after designing, overseeing and opening the stunning new venue in 2019, Covid hit. David, though, persisted and (with strict health protocols in place) continued to host shows up until his death on October 13.

“Jazz impresario” was an unexpected, yet natural new chapter in David’s life, as it dovetailed his love of music, classic architecture and community building. The Blue Velvet Room was poised to become a regional mecca for jazz, but surely would have also branched out into hosting other genres as David’s taste was nothing if not eclectic. David has long been enamored with the intoxicating stylings of the Hammond B3 organ, so it was appropriate that local legend Bobby Floyd grace the Blue Velvet as its inaugural performer. He and his trio would go on to play there almost every Sunday night.

With a discriminating eye for real estate, David was less interested in developing it than he was in nurturing the soul of the past. Born and bred in Columbus, David was a student of history and was dedicated to preserving it. While attending The Ohio State University in the 1980s, he settled in the Short North, recognizing that the neighborhood was on the verge of a rebirth. Hoping to aid in its preservation, he served on the Victorian Village planning commission for twelve years, as well as on the Short North Special Improvement District. He was instrumental in bringing back the arches that now line High Street, just as they had well over 100 years ago. For almost fifteen years, David lived in the landmark Budd Dairy Building on 4th Street. As the area became unrecognizable, he pulled up stakes for a new neighborhood that he hoped was on the brink of an upswing: the stretch of Town Street adjacent to Topiary Park. There, he bought several old mansions and slowly began the work of preserving their beauty for a new generation. Once again David was ahead of his time. Hopefully, the Blue Velvet Room will survive and remain a beacon of downtown night life once this devastating pandemic is over.

David loved art, live music, sports, theater, and dance. He discovered  a love for the ballet through his mother and his fandom of the St. Louis Cardinals from his father. David had a wonderful sense of aesthetics and was entranced with the smallest of details. Not surprisingly, he was an avid collector of art, books and assorted ephemera.

David grew up on an idyllic street in Upper Arlington where the children and dogs ran free. It was a tight-knit community of epic water balloon wars and endless games of ghost in the graveyard on summer evenings lit up by fire flies.  It was the kind of place where you could wander into a neighbor’s house on a Saturday morning and be treated to a pancake breakfast. Now it all seems but a dream, yet lifelong friends remain.

David excelled at every sport he played, but especially at tennis. He utilized the diabolical tactics of his heroes Ilie Nastase and John McEnroe to intimidate and demoralize his opponents. As a sophomore at Upper Arlington High School,  he was on the state championship tennis team. At Westminster School in Simsbury, Connecticut he won the singles title of the New England high school championships. As a freshman at Ohio State, he was a member of the men’s varsity squad.

At Westminster, David enjoyed similar success on the squash court. Within months of picking up a racquet, he became the runner-up in the New England high school squash championships. The next year he would win it all. While David put down his tennis racquet in college, he would continue to play squash. In 1994 he was the Ohio champion for men over thirty.

David loved Columbus and seldom saw a reason to venture too far away. He and his revolving cavalcade of Springer Spaniels were a common sight throughout the city. An avid Blue Jackets fan, David held season tickets from the beginning of the team’s torturous existence. Their perpetual difficulties frequently caused him to sink into existential dread. And, of course, as an OSU graduate, the Buckeyes’ fortunes guided his emotional barometer.

David was a bundle of paradoxes. He could be extremely generous and he could be a relentless negotiator.  He could be endearingly charming and he could be cutting.  He was funny and whip-smart, yet could be willfully obtuse. Sometimes it seemed as if he had walked out of the pages of a novel, yet there he was: live and in the flesh, unique and endlessly compelling. If you had the opportunity to know David, you would never forget him.

David died alone in his home, at 56 years old. While David could be hard on those around him, he was hardest on himself. Lifelong struggles had taken their toll on his body and on his soul. May his love for his city, its artists and its athletes live on.

David is survived by his mother Nancy Strause of Columbus, as well as his brother Brian Strause and sister-in-law Amy Decker of Seattle, Washington. His beloved father, Edgar A. Strause, passed away in 2011.

Donations in his memory may be made to the Columbus Jazz Arts Group 769 E. Long Street, Columbus, Ohio 43203 or to BalletMet 322 Mt. Vernon Avenue, Columbus, Ohio 43215 . David believed in bringing people together and in the magic of live art. A memorial concert to celebrate his life will be held when it is safe to do so.

To order memorial trees or send flowers to the family in memory of David Strause, please visit our flower store.