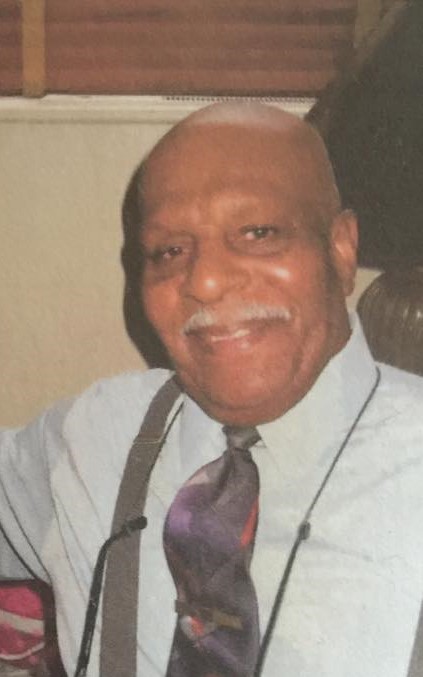 Dezzie Harris went home to be with The Lord in the early morning hours of Saturday April 3, 2021. Our family patriarch was born on January 31, 1926 and was preceded in death by his parents, Embry O. and Robie Harris Sr. and his wife of 68 years Bessie Mae Harris. Sisters Addie Flemister, Lillie H. Roy, Eleanor Tyler, Brothers Embry Harris JR., Rolland Harris Sr. all of Columbus, Ohio. Dezzie is survived by sisters Delores (Robert) Lewis of Springfield, Massachusetts and Hattie Merrill of Columbus, Ohio. Brother Nathaniel Harris also of Columbus, Ohio. Also mourning his passing are a host of nieces, nephews, cousins and friends. Including close friends Paul Thompson and Don Gales.

Dezzie was a graduate of East High School Columbus, Ohio and Columbus Business School. Dezzie served honorably in the United States Army. After a short employment at the Federal Depot in Columbus, Ohio Dezzie began a career in law enforcement with the Columbus Police Department, serving as a foot patrolman, motorcycle officer, Police Detective, Police Sergeant before retiring from the police force with the rank of Lieutenant in 1987.  Dezzie continued to serve his community after leaving the police force serving as a community coordinator for CETA until that program was eliminated. Dezzie then pursued his other passion which was in Real Estate Sales working with the Harris Realty Company until he retired in 2017

Dezzie was a lifelong member and former trustee of Centenary United Methodist Church. An Avid sports fan supporting the Ohio State Buckeyes, Columbus Jets and later the Clippers, The Cleveland Cavaliers and Cleveland Browns. Dezzie made many trips to support his teams following the Buckeyes on several occasions to Pasadena, California and Miami, Florida to see bowl games.

Dezzie enjoyed playing basketball, baseball, tennis and swimming. A strong swimmer Dezzie would swim any body of water often swimming beyond the buoys marking the limits of safe swimming. Dezzie loved watching Tiger Woods on the golf course and the Williams’ sisters on the tennis courts. Dezzie also learned how to pilot a plane and enjoyed flying in and around Ohio. He flew Piper Cherokees, and Cessna. He enjoyed flying and finally surrendered his pilot’s license in the early 2000’s.

The activity Dezzie enjoyed the most was spending time with his beloved family, especially during the family reunions of which he planned and attended man until his health no longer allowed him to do so.

We the family and friends of Dezzie Harris will always hold fond memories of the wonderful life and times of our family patriarch Dezzie Harris in our hearts.

To order memorial trees or send flowers to the family in memory of Dezzie Harris, please visit our flower store.