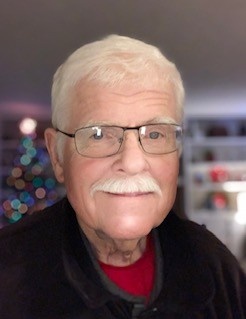 Donald Britton Bowlin, 76, passed away peacefully in his sleep at home after a long illness. He was preceded in death by his parents, Britton and Gwendolyn (Fraley) Bowlin, his grandparents, multiple aunts and uncles. Don was born in Winchester Kentucky in 1945, after his father returned from World War II.

Don began his university studies at Ohio State after graduating from Linden McKinley in 1963. After a short time at OSU his draft number was drawn; he decided to enlist in the Air Force and served in the Southeast Asia arena. His actual location was Thailand but it was a secret area where he worked on planes. He returned after a 4-year stint and entered Ohio State again as an accounting major. Don’s accounting career began at Kroger’s. After a few years he joined the Costs and Budget Department at Chemical Abstracts, where he spent the next 34 years. It was very convenient working at CAS because he had less than a 2-mile commute.

During college he met and married Mary Kettunen on September 11, 1971. They would have celebrated their 50th year anniversary in 2021. The couple lived on Riverview Drive in the University District for several years and moved to Clintonville in 1974. They have resided at the same address for the duration.

In 1978 the couple welcomed their first son, Matthew, to the world, followed by another boy, Tyler, in 1980. In 1983, their family was completed by the birth of Ann. No dad was ever happier to have a family than Don was. He would rush home at lunch to see Matt and then Tyler. His greatest joy was upon the birth of a girl as his parents had three sons and also wanted a girl to spoil as only a father can.

Don was active at North Broadway Church (NBC), teaching Adult Sunday School classes. He was Scoutmaster in Troop 28 at NBC for several years while Matt and Tyler were Boy Scouts. He was active for many years in the Atari Club and collected these historic games forever. He was active in a Democratic group called Donkeys and Donuts. He played tennis as he was able. He loved vacationing at Sunset Beach with the Bowlin Family.

For the past seven years, Marshall and Miles, his grandchildren have brought him much joy and entertainment. He always greeted them with a boisterous HELLO and a big hug.

A celebration of his life will be on June 12, 2021, at North Broadway Church, 48 N. Broadway, Clintonville, OH at 1:00 PM. Contributions to the American Heart Association or the American Diabetes Association in his name would be most welcome.

To order memorial trees or send flowers to the family in memory of Donald Bowlin, please visit our flower store.