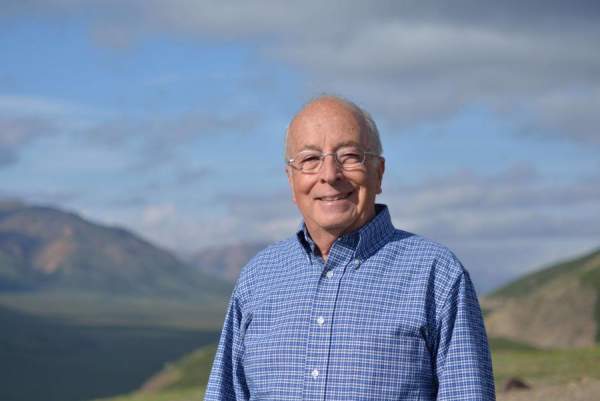 Don, passed from this life peacefully at the Hospice Kobacker House in Columbus, Ohio, at the age of 79. He was surrounded by family and original music that was played on a tongue steel drum by Christopher, his youngest grandchild.  Don’s passing was shocking, fast, and by natural causes just the way he wanted.

Don was born November 11, 1941 in Waco, Texas to Verna Lloyd Carlisle and Evelyn Marie Bell Carlisle. His grandmother, Mattie Bell, was a large influence in Don’s early life. She instilled the importance of working hard and helping others.

Don is survived by his wife of 59 years, Nancy; and his son, Robert W. and wife Heather M. of Dublin, Ohio and his grandson, Christopher. His son, Richard N. and wife Lisa M. of Dublin, Ohio and grandchildren, Jackson, and Isabel. By mentorship, he is survived by Miranda Swartz and husband Benjamin of Columbus Ohio and great-grandson Elijah who was 7 days old. Don is also survived by a sister, Nina Larivee of Eddy, Texas and 2 nephews with their families; Jason Shilling and wife Ann and children Seanna, John, Joseph, and Alexie of Round Rock Texas; and David Shilling and wife, Kathi and children Jordin and Carson of Hutto Texas. Don left his constant companion, Vader cat, who meowed and looked for him for weeks.

As an Air Force brat, Don attended high school in Hawaii before he moved to Big Spring Texas during his senior year in high school. It was there, in band class, that he met the love of his life, Nancy Jones. After attending Texas Western University (now University of Texas-El Paso) on a scholarship for a year, he enlisted in the U.S. Air Force. In January 1962 Don married Nancy in the Chapel on Webb Air Force Base, Big Spring Texas.  They celebrated 59 years in a blessed partnership as Don passed on their wedding anniversary. In the Air Force, Don served his country in Illinois, Arizona, Okinawa, Philippines, and Viet Nam before his honorable discharge.

After he provided a master’s degree in education for Nancy. He attended Howard County College in Big Spring Texas while he worked shift work full time.  While on leave from his employer, he then attended Texas Tech University in Lubbock Texas majoring in Chemical Engineering. He culminated his education by becoming a Registered Professional Engineer in 1976.  He was employed in the petroleum oil industry in Texas and Ohio and paint manufacturing in Houston, Texas until his retirement in 2005.

Upon retiring, Don and Nancy moved back to Ohio and settled in Powell, to be within a few miles of family. He was active in their lives. He attended school and sporting events of the grandchildren. He traveled, enjoyed birding and he enjoyed gardening where he was able to prevent the deer from eating his yard full of Hosta.  At seventy years old, he took up running for the first time. He ran several marathons, half-marathons and 5K’s. Each Thanksgiving morning for 5 years, the guys and grandchildren ran the Dublin Flying Feather 5K together. Don ran a trail marathon at Mohican State Park; after which, he said that “…it was the hardest thing I’ve ever done in my life”.  He continued to run within weeks of his death.

Throughout Don’s life he encouraged those around him to strive and reach their highest aspirations; it may have been learning a language, getting additional education, obtaining stability in life, or just supporting and fostering an increase in self-belief. The only thing larger than his unconditional love of family, was his humility and disdain for the spotlight. All those who knew Don had respect and admiration for him. Don liked the poem The Dash by Linda Ellis. It is the dash between the dates that Don lived so well.

At a time in the future, the family will hold a private celebration of life where his cremains will be spread in one of his favorite places to be chosen by the grandchildren. If possible, a tree will also be planted in his memory.

Shaw-Davis Funeral Home, Columbus, assisted with the final arrangements and the hosting of this short summary of the amazing life Don led. If you wish, memorial donations can be sent to P.E.O. International Chapter N, 306 Vinwood Ln, Powell, OH, 43065. These donations will support one of the most important aspects Don wanted to provide others, education, or a hand up for one to “reach for the stars”.  For more information, check out P.E.O. International at https://donations.peointernational.org/ .

We are compelled to illustrate Don’s humility and grace by thanking those of you who have helped us get through this difficult time; the doctors, nurses, and staff at Dublin Methodist Memorial Hospital 3 West, The Kobacker House, as well as family, friends and neighbors who stand beside us today. Thank you.

To order memorial trees or send flowers to the family in memory of Donald Carlisle, please visit our flower store.