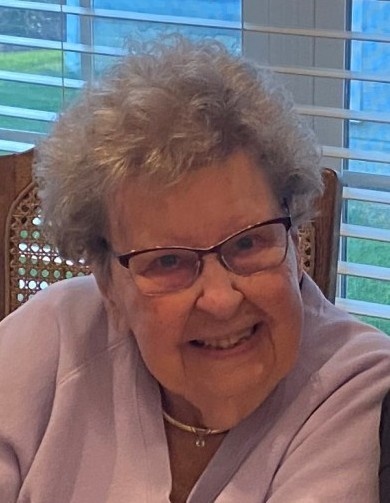 After a long wonderful life of 93 years, Donna Joan Stahura passed away peacefully at her home in Dublin Ohio on October 9, 2021.  She was born and raised by her parents, Esther and Stanley Eyman, in Apple Creek, Ohio which she called home. She was a graduate of Waynedale High School. She then pursued further education at Heidelberg College in Tiffin, Ohio where she received a degree in Sociology and met the love of her life.

Following college, Ed and Donna began their 69 year marriage in Tiffin, Ohio.  As a result of Ed’s naval and business career, they experienced living in several areas of the country. Adapting as they moved, she was able to have different  occupations which included a variety of administrative jobs. Through all  the years of her life, her primary devotion has been to being a wonderful wife and mother.

Retirement years with her husband Ed, included traveling, enjoying time with children and grandchildren and spending winters in Florida at Timber Pines. Their life was very full and the family feels blessed to have shared our love with them for so many years.

Contributions in her memory can be provided to Ohio Health Hospice in Columbus, Ohio.

To order memorial trees or send flowers to the family in memory of Donna Stahura, please visit our flower store.