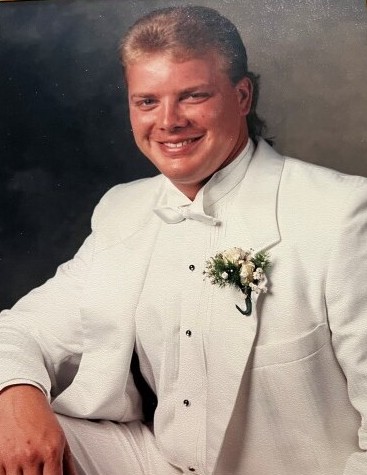 He is proceeded in death by his son Thomas Andrew Childers, Father Douglas Leon Childers, Sr, Mother Margaret Ann (Pearrell) Nicholson and Stepfather (Pete) Lawrence Roger Nicholson.  As well as both sets of his grandparents.

Doug graduated from Briggs High School in 1984.  He then went on to attend apprenticeship school to become a plumber/pipe fitter.  He enjoyed listening to music, especially his three favorite bands - Hank Williams, Jr., Bad Company and Sammy Hagar.  He also enjoyed playing his guitar and golfing.  He was an avid fan of The Ohio State Buckeyes and Chicago Bears football teams as well as a big Dale Earnhardt fan.

His family will hold a celebration of his life at a later date.

To order memorial trees or send flowers to the family in memory of Douglas Childers Jr, please visit our flower store.