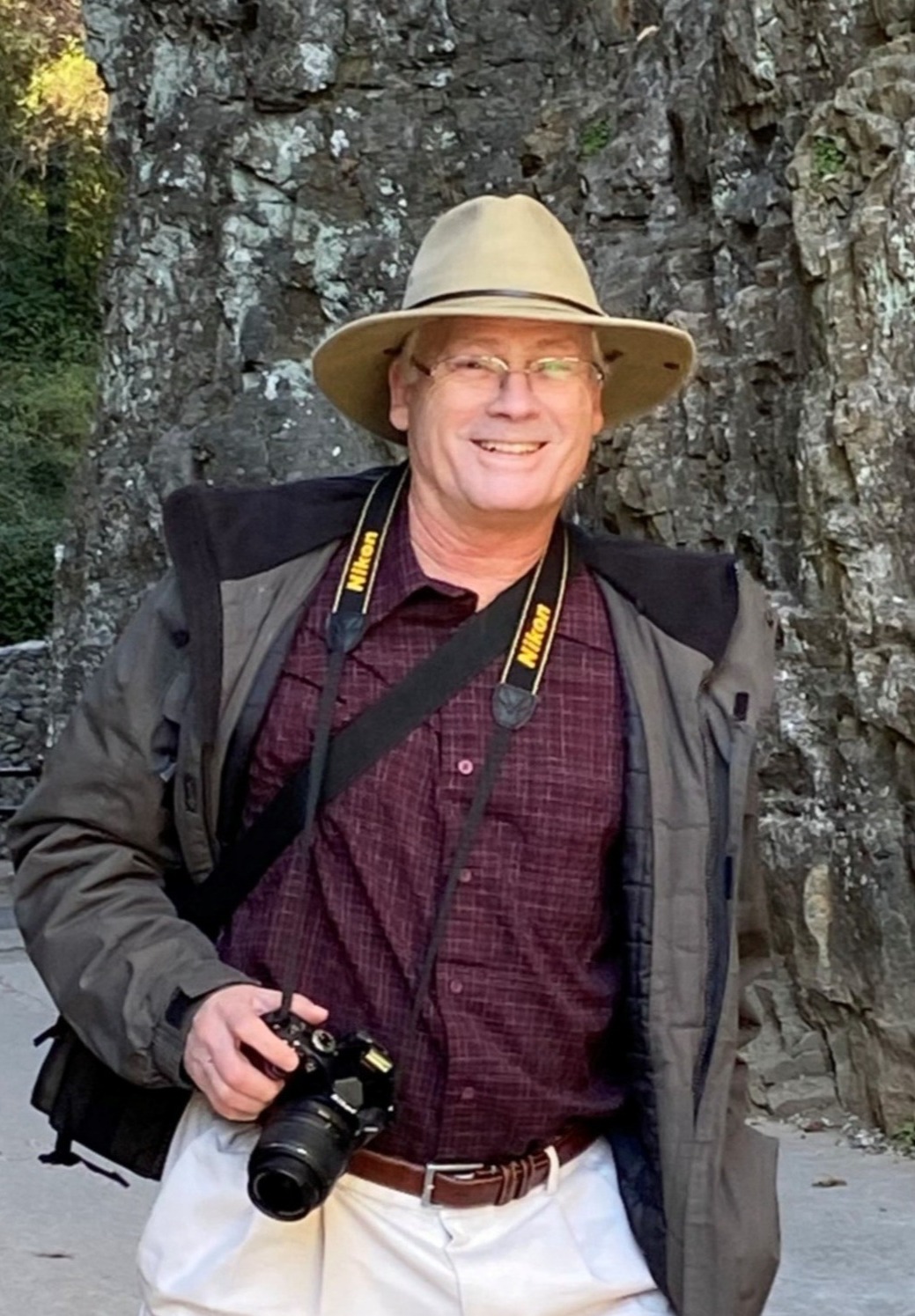 Douglas Paul Wile was born July 13, 1953 in Columbus, Ohio and went to be with Jesus June 26, 2022.  His parents were John Wile and Thea Jean (Metcalf) Wile and his brother is Timothy John Wile (Glenna).  Doug grew up living in the Hilltop area of Columbus.  In high school his family built a home in Minerva Park and he graduated from Westerville High School.  Doug attended The Ohio State University and graduated in 1976 from Miami University with a Bachelor of Science in Business.  In 1979, Doug moved to Eugene, Oregon to pursue his Master’s Degree at the University of Oregon.  He was attending Riverview Church and working for a commercial cleaning business when he met Kallie Edwards.  Their first date was to go see Johnny Cash at the U of O at Christmastime and they were married on September 6, 1980.

In 1982 Doug and Kallie moved to Arcadia, California where Doug managed a store for Osco Drugs.  Their first daughter, Amanda Mae Leon (Sebastian) was born September 4, 1984.  In October, 1986 Doug was transferred to a store in Indianapolis, Indiana.  After a few months, Doug and Kallie joined a new Vineyard Church.  During the next three years they saw God move and the church grew from 30 people to about 300.  Their second daughter, Tabitha Anne Marten (Joseph) was born December 8, 1988.

In 1990, Kallie was expecting their third child.  Doug was still working and going to school so they moved to Columbus, Ohio to be closer to his family.  The Vineyard Church of Columbus immediately welcomed them into the church family with a small group providing meals and helping them move into their house on Father’s Day.   Their third daughter, Deborah Joy Anderson (Benjamin), was born December 30, 1990.  Doug worked at the Limited Warehouse and then at the first Target built in Columbus.  In December 1995 he began working for the State of Ohio, Public Utilities Commission and was there until retirement in January 2020.

Doug always kept his body and mind active.  He began taking Taekwondo classes at Master Kim’s School of Traditional Taekwondo in 2000 and attained the 4th Dan Black Belt in 2014.  People would also recognize Doug because of the time he spent walking around downtown on his lunch breaks.  His favorite place to walk was at the zoo.  He tackled many home projects;  installing flooring, finishing rooms and replacing kitchen cupboards twice.

For many years Doug served others at the Vineyard Church.  He began teaching elementary students about Jesus at the main campus of Vineyard Columbus, then at Vineyard North Church and lastly at Vineyard Columbus, East Campus in Pickerington.  He loved Jesus and people.  Doug often said that when he invited Jesus into his life in college, he knew that he was loved no matter what.

Doug got his sense of humor from his dad and loved to tease people and make them smile.  When asked “Do you need anything else” by a clerk or server he would answer “A million dollar bill?”  or “Can you tell me what the stock market is going to do tomorrow?”  He was honest, faithful to do what he said he would do and always wanted to be on time.

After retirement Doug volunteered with Meals on Wheels and took time to travel to England and Europe.  He also enjoyed visiting family in Pennsylvania, Alabama, Kansas and Oregon.  He spent time with his 8 grandchildren and never wanted to miss an Ohio State game.

The Memorial Service for Doug will be July 23 in the Chapel at Vineyard Church of Columbus, 6000 Cooper Road, Westerville.  Enter at the North Parking Lot for the closest access to the Chapel entrance.  Family will begin greeting visitors at 9:00 a.m. and the service will begin at 10:00 a.m.  Interment will be at 11:30 a.m. at the Blendon Central Cemetery, 6330 South Hempstead Road, Westerville.  Please consider making a donation to Lutheran Social Services (Faith Mission) or Life Care Alliance (Meals on Wheels) in lieu of flowers.  Thanks to our family and friends for their prayer and loving support during this season.