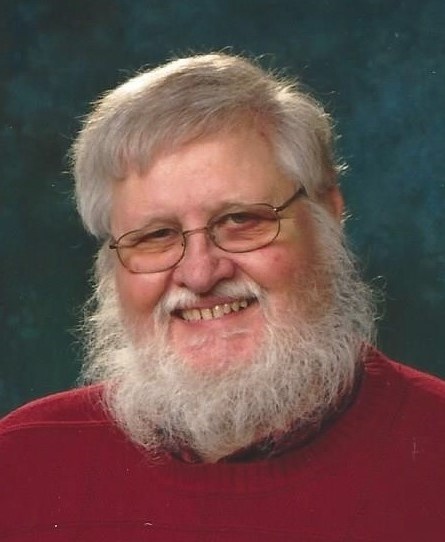 Earl W. Eckelbarger of Westerville, Ohio went home to be with our Lord and Savior, Jesus Christ, on Sunday, August 8th, 2021 at the age of 78. He is reunited in Heaven with the love of his life and wife of 51 years, Karen M. Eckelbarger. Earl was born on June 19th, 1943 in Olean, NY. He was the youngest of five children to his loving parents, Eugene and Louisa Eckelbarger. He spent his early formative years in Eldrid, PA but the family soon moved to Emlenton, PA, where he grew up. He is greatly missed and survived by his three sons Doug (Melissa J.), Brad (Melissa N.) and Jeff, nine beautiful grandchildren Liberty, Brody, Gage, Blake, Brock, Brooks, Max, Braxton and Tucker. As well as many cousins, nieces, nephews, and close friends. He was also preceded in death by his father Eugene, mother Louisa, father-in-law Carl A.  Stoltenberg, mother-in-law Mae Stoltenberg, two brothers Nelson and Robert, brother-in-law Carl F. Stoltenberg and sister-in-law Joyce Eckelbarger.

It is with painful regret that we share that Earl W. Eckelbarger passed away Sunday August 8th, 2021. Dad was a wonderful man who loved the Lord, Mom, and his family and friends! He was very humble and patient, often telling stories and being a good listener. He was always there for you no matter the situation. We have been so blessed to have had such wonderful parents and role models. Earl grew up in Emlenton, Pennsylvania, the youngest of 5 kids. His dad, Gene, was originally an oil man from Texas who moved to Vendigo County to try his luck at striking oil in Pennsylvania. In the small town of Emlenton, Earl learned how to work on race cars often with his brothers and cousins. Also how to ride a bike down a mountainside, drive at age 13, chase pigs, chickens and much more, tried to kill a skunk with a shovel (one of his biggest regrets) and much, much more. Earl was very modest and never spoke about his incredible basketball career in which he still holds numerous 50 plus scoring records, rebounding, and assists. He almost played for Penn State but a very bad turned ankle changed history.  Earl and Karen’s hearts were always open. They would open their house up for Earl’s famous pizza nights where all 3 boys would bring friends over after the Friday night football game to watch the news and eat pizza. They would host fun evenings of things like “guess who's coming to dinner”, progressive dinners, backyard olympics (including a 30 yard by 40 yard tilled garden soaked with water for tug-of war), KAPS (Keep after Prom Safe), Youth Groups, little league everything, and much more! Earl taught us that you don’t have to have the richer things in life to have a rich life! We will miss his warm smile and our time and advice with the great belly laughs! We are thankful for the years we had but wish we had more! We love you, Opa/Dad!

Earl loved the smell of fresh cut grass. He enjoyed watching any of his kids mow the lawn while he sat on the deck drinking his ice tea. He also loved serving the Lord and would mow the grass at his church, Genoa Baptist, on a regular basis. He also served by doing the coffee ministry every Sunday morning. Coffee ministry and mowing led to friendships that would last a lifetime. He also enjoyed food whether we were going out to dinner or scratching something up at home. Dad always enjoyed our time around the dinner table, it's where we would catch up, tell stories, joke around, and laugh or cry. He also loved playing board games with his grandchildren who at times would test his patience, always in a good way. He was our boy scout leader, Sunday school teacher, fishing guide, and our biggest cheerleader- he would be at every sporting event to watch his sons and later in life his grandkids, rain or shine.

He loved his Steelers and he loved The Ohio State Buckeyes. If there was a game that we missed he would tell us play by play how they came to victory or failed in defeat. He always knew the schedule of every season and would always, always, have the game on. He will sorely be missed from his Santa Claus beard, his boastful laugh, his often funny dad jokes, to his gentle approach in life, and his example to follow in Christ.

Earl liked to reminisce about growing up in Emlenton where, among other things, there was always a topic related to racing cars, working on cars, taking a road trip, getting into or out of trouble with brothers, friends and cousins, the various jobs he held as a young man throughout the town, and of course about his family. He loved his brothers and sister and many cousins who also grew up in Emlenton. He could spend hours telling those wonderful stories. He was humble in nature and although he was a pretty big basketball star in the area, his wife or three boys always had to coax him to talk about his glory days.

Earl met his high school sweetheart and wife Karen at Allegheny Clarion Valley High School. They were later married on December 20, 1969, and Lived in Pittsburgh, Pa. While there, Earl attended Robert Morris College (now University) and earned his bachelor’s degree in business administration. Earl also started working for Excelsior Truck Leasing (ETL) while in Pittsburgh. The company moved Earl and Karen to Philadelphia, Pa. While there they welcomed their first child E. Douglas on July 4th, 1974. Earl’s career was going well, and they moved once more, this time to Columbus, Ohio, where they welcomed their 2nd child, Bradley C. on April 19, 1978.  Shortly after, they moved to Westerville, Ohio, and they welcomed their third child, Jeffrey E. on January 1, 1980. Earl and Karen did not have much in the way of material things for their growing family, but that never stopped them from sharing God, their love, happiness, and humble spirit with everyone. Earl held several other jobs after ETL from car sales, insurance sales, plumbing supply, and finally retiring from The Columbus Dispatch as a distribution manager. They attended church regularly where Earl was a Sunday school teacher when his boys were growing up. Later in life Earl would take on many other roles including making coffee for the services and mowing the enormous fields on the property until he was 75. Both Earl and Karen were always heavily involved with church activities and they lived this way their entire lives.

Earl’s humble yet big heart was always what left the biggest impression. He was always good at being there. Even if you didn’t have much to talk about, he was always there to support and show his love. This was no more evident than when he would interact with any one of his nine grandchildren. He would be happy for hours just rocking in his recliner while cradling a sleeping child. Beyond that, some could argue he was happiest when he had the opportunity to share food. From cooking meals for friends and the community, helping at a local food pantry (through church), always having some new recipe or restaurant to try with his family, to the almost decade of making pizzas on Friday nights after the high school football game. Even though they didn’t have a lot of money, Earl and Karen would invite the entire football team to the house after every home game during the years Doug, Brad, and Jeff played. Earl became a local legend for his homemade pizzas! People still talk about how good those pizzas were. They would frequently give in a truly unconditional way that often taught their boys that it wasn’t about giving to make ourselves feel better but to truly meet a need.  We wish we had many more years with Earl and Karen but are very thankful for the years we did have!

To order memorial trees or send flowers to the family in memory of Earl Eckelbarger, please visit our flower store.