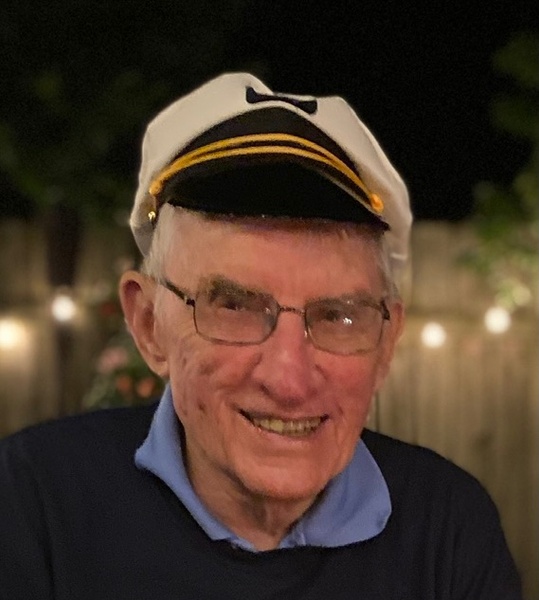 After a long wonderful life of 91 years, Edwin passed away peacefully at Kobacker House in Columbus, Ohio on August 21st. Born and raised by his parents, Anthony and Lucy, he joined five siblings to begin his life in Rochester, NY where he called home. A graduate of Franklin High School, he pursued further education at St. Bonaventure University, and then on to Heidelberg College in Tiffin, Ohio where he received a degree in math and met the love of his life. Following college, in 1954, he began his naval career of 20 years where he remained on active and reserve duty until 1974 following his status of Lieutenant Commander accomplishment. Before retiring in 1996 from Auto Styles in Hopkinsville, Kentucky, he had a very successful and prosperous manufacturing career in a variety of industries that included Westinghouse (Columbus, Ohio), Carrier Air Conditioning (Syracuse, NY), Bryant Heating and Cooling (Indianapolis), Shennago China (New Castle, Pennsylvania), and WCI (Edison, NJ). Retirement years with his wife, Donna, included his passion for supporting new business owners through his participation in SCORE, traveling, enjoying time with children and grandchildren, and spending winters in Florida at Timber Pines where they took advantage of their favorite activities that included golf, tennis, poker, and ping pong. He also loved not only playing sports but also watching all sports to pass his time-especially basketball, football, and baseball.

He is survived by his loving wife, Donna of 69 memorable years. He is also survived by his daughters, Linda (Watson), Lori (Leotta), son Alan (Gail), as well as, grandchildren Ali Carl (Neil), Doug Watson (Keri), Joseph (Leotta) and Jana (Leotta) and great grandchildren Beckett Carl and Riley Watson; siblings Stanley Stahura (Dorothy) and numerous nieces and nephews. Contributions in his memory can be provided to Ohio Health Hospice or Kobacker House in Columbus, Ohio. A celebration of life will be planned at a future date.

To order memorial trees or send flowers to the family in memory of Edwin Stahura, please visit our flower store.