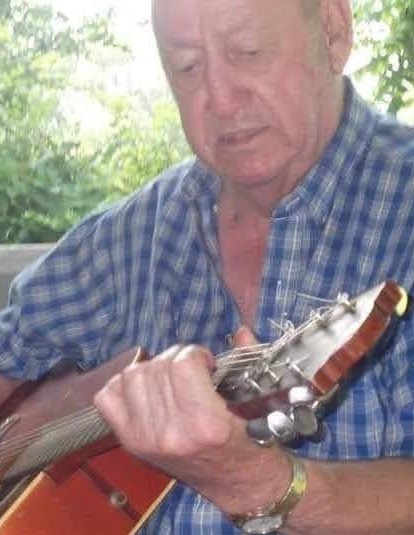 Ellsworth F. “Tex” Colby passed away at 2:50 pm on May 2nd 2022 and was born in Jackson, Ohio to Ellsworth F. Colby Sr. and Francis E. Colby on January 21, 1933. He was a resident of Chillicothe since 1960 and a fastpitch softball player for many years with his team finishing third in the state one year. He was a veteran of the Korean Conflict. He was the novice champion of Flat Track Motorcycle Races at the Ohio State Fairgrounds in 1953. He loved country music and played his Gibson guitar for many years with many good friends. He had two sons with his first wife, Faron and Lance, both of Mobile, Alabama. He also has four stepchildren with his wife, Peg Colby who survives, and their names are Chris, Mike, Scott, and Jennifer. He loved to fish, hunt, and have parties with his many music playing friends. He had six sisters and one brother named Kathleen, Evelyn, Pearl, Eugene, Martha, and Darlene. He will be greatly missed by friends. By his wishes, he will be cremated and there will be no visiting hours.

To order memorial trees or send flowers to the family in memory of Ellsworth Colby, please visit our flower store.