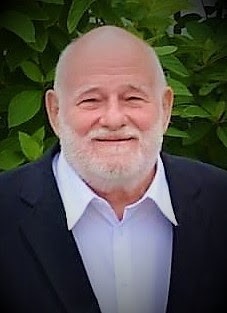 Gene grew up in Toledo, Ohio and graduated from DeVilbiss High School in 1955. He earned a Bachelor of Science in Electrical Engineering from the University of Toledo in 1963. He was active in his fraternity Pi Kappa Phi.  Gene also served as a suicide prevention counselor and Sunday school teacher. He began his career working for Houghton Elevator, SSOE and retired from Columbia LNG in 1986. He moved to Columbus, Ohio where he continued consulting in the engineering field. Outside of work and family, Gene participated in Parents Without Partners, Culture Connection, real estate, winemaking and playing bridge. As a result he made many friends and some, like Jonathon Mensel, became family.

Gene was known for his infectious laugh, bargain shopping and effortless resemblance to Santa Clause. He was such a joy, people would often refer to him as “Geno” or “Gene Gene the dancing machine”. He was an intelligent man with a lifelong interest in learning, music and debating current issues. Most recently he enjoyed his adventures to different restaurants with his weekly lunch group.

He loved spending time with his family and frequently initiated the gatherings. His greetings were always joyful and typically he was the life of the party. He often shared an exciting story and his smiles were so genuine. His laughter, kindness and robust personality left an impression on everyone he met.  He will truly be missed and never forgotten.

Due to the extraordinary circumstances, the family will plan services to be held in the future when all can be together to celebrate Eugene’s life.  In lieu of flowers please donate to your favorite charity in his name. Condolences may be sent to Dawn Wyraz 1784 Eaglecrest, Perrysburg Ohio 43551.

To order memorial trees or send flowers to the family in memory of Eugene Haberkamp, please visit our flower store.