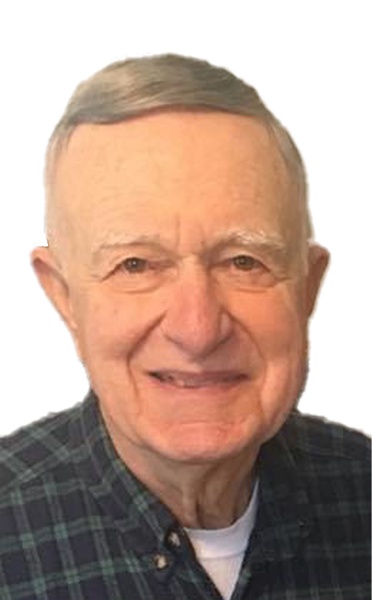 George D. Eichenberger Jr., age 85, died peacefully on August 4, 2022, at Sunrise Senior Living of Dublin, Ohio. He was born in Columbus, Ohio on January 6, 1937, to George Sr. and Jayne (Dellenbach) Eichenberger. After graduating from West High School in Columbus, George attended The Ohio State University where he obtained his degree in welding engineering. While attending Ohio State, George married his college sweetheart, Ruth Lorenz, in 1958. Right after his graduation in 1960, George started working for Columbia Gas. A couple of months later, daughter Heidi was born, and son Dowe (George III) was born in 1962.

George moved back and forth across the country a few times with his family. This started in 1968 when George and his family left Columbus for California where George worked for Mare Island Naval Shipyard in Vallejo as a civilian. The family lived in Concord during this time. In 1971, they moved to Marietta, Ohio where George worked for Dravo, a pipe fabrication shop. In 1977, the family moved back west to Idaho Falls, Idaho where George accepted a job offer at E G & G Idaho National Engineering. While living in Idaho Falls, George ran a marathon. In 1980, George was ready for a different job and worked for Consumers Power in Jackson, Michigan. Since George was a big fan of Ohio State Buckeyes, it’s surprising that he decided to move to Michigan! In 1984, George changed jobs for the last time when he decided he wanted to be back in Buckeye land and worked for AEP in Columbus until he retired in 2003.

When George lived in Marietta, a beloved German Shepherd was added to the family. Since then George had two other German Shepherds. George also enjoyed walking, playing cards, collecting coins, and helping with coin shows.

We would like to thank the staff at Sunrise for their wonderful care of George and for enjoying his sense of humor. A memorial service will be held at Northwest United Methodist Church, 5200 Riverside Dr., Columbus, OH 43220, on August 17, 2022, at 11:00 am with visitation at 10.

Instead of flowers, please consider donating to Ohio Health Hospice at www.ohiohealth.com or Northwest United Methodist Church at www.nwumc.com  in George’s memory.