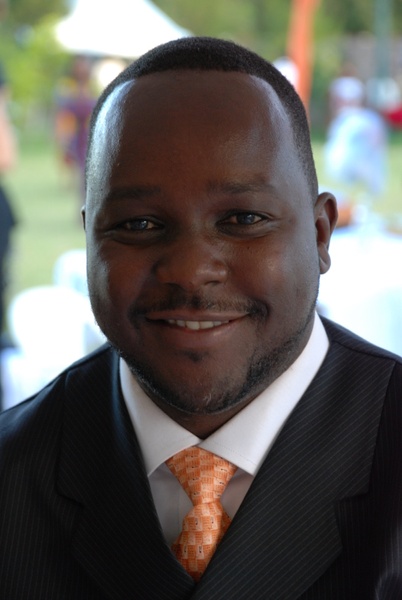 It is with deep sadness  we announce the passing away of George Njoroge Gatari (GG) on Thursday the 1st October 2020 in Columbus Ohio after a brave battle with cancer.
George is survived by his wife Mary, children Leah and Jeremiah.

He was the son of the late Joseph Njoroge and the late Veronica Njoroge, son-in-law to the late Mayor Donald Mwanza and Loise Mwanza. Brother to Lucas, Vincent and Esther. Brother-in-law to Ramsey, Gladys and Mbula. He was a beloved nephew, cousin, uncle and friend to many.

Visitation at the Church will begin at 9:00am.
The service will begin shortly after and is scheduled to end at approximately 12:00pm after which George will be laid to rest at
Alton Cemetery
6725 Alkire Road
Galloway, OH 43119.

There will be a thanksgiving reception for family and friends after at JP’s Barbeque Ribs
2000 Norton Road,
Columbus OH 43228

Financial support for the family is being accepted via GoFundMe:
https://gf.me/u/y3m5bp

To order memorial trees or send flowers to the family in memory of George Gatari, please visit our flower store.