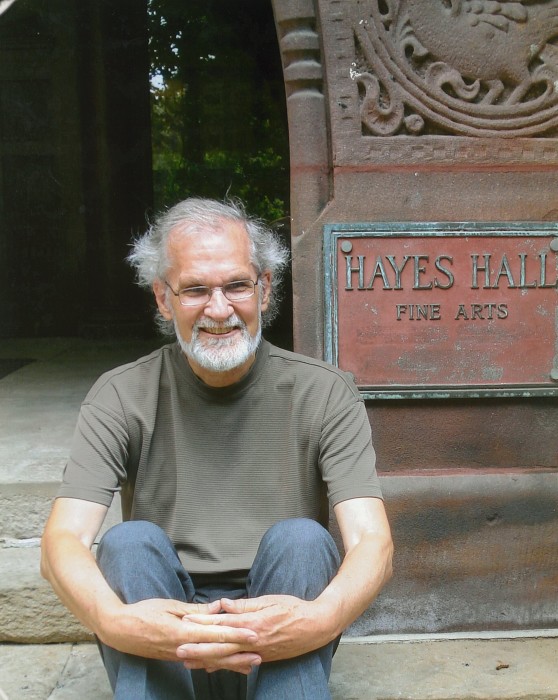 Howard Grant Crane, 80, loving husband, father, and grandfather, dear friend, teacher and scholar of Ottoman and Islamic art and architecture, died of COVID pneumonia on March 4, 2021. Howard was born February 16, 1941, in Ridgewood, NJ, to Howard and Edna Crane. In 1960, he met his wife of nearly six decades, Meral Galin, while building a low-water bridge and a roof for a schoolhouse in eastern Kentucky at an American Friends Service Committee work camp.

Howard’s love for Meral drew him to live in Turkey for four years, where they had a daughter, Dushka, and taught in Tarsus. There, Howard became interested in Islamic art history, which led him to pursue a doctorate in Harvard University’s Department of Fine Arts and work on archaeological expeditions in Turkey and Afghanistan (1970s-2000s).

They settled in Columbus, Ohio in 1975 where they had their second child, Nicholas. Howard taught at The Ohio State University (1975-2010) and served as Chair of History of Art (1978-1983). He wrote countless articles, reviews, and chapters on Seljuq and Ottoman art/architecture and produced four books—one on fieldwork in Tarsus, and three critical editions of key Ottoman primary sources.

A generous educator and unceasing learner, Howard refined his teaching throughout his career, and remained intellectually curious until his death. He advocated fiercely for peace, social justice, and our planet; he expressed these commitments with a modesty that family and friends recognized in his personal life. His granddaughters inspired a sprawling genealogy project on which Howard collaborated with family members, notably Meral’s sisters.

A memorial gathering will be held on Saturday August 14, 2021 at the Shaw-Davis Funeral Homes Clintonville Chapel, 4341 N High St., Columbus Ohio, 43214, where the family will receive guests from 1 pm to 3 pm and celebrate Howard’s life in photos.

In lieu of flowers, donations in Howard’s name are welcome to efforts related to the protection of voting rights and our environment, or to the Howard Crane Memorial Fund with The Ohio State University Foundation (Fund Number: 317285): https://www.giveto.osu.edu/makeagift/?fund=317285

Contributions to the Howard Crane Memorial Fund (#317285) may also be made by check payable to the Ohio State University Foundation address:

Thank you to family and friends who have reached out and remembered Howard during these past months.

To order memorial trees or send flowers to the family in memory of Howard Crane, please visit our flower store.