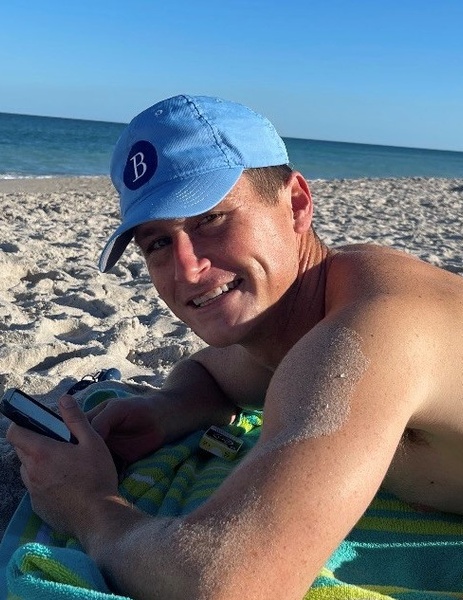 After moving to Vero Beach at age five, Jack graduated in 2012 as a Saint Edward's School lifer. He had a passion for soccer, his most notable achievement being when he scored a hat trick in the second half of the 2012 district championship game, leading the St. Edward's team to their fifth consecutive district championship win. He attended Camp Carolina and Cape Cod Sea Camps in the summers.

Jack attended The University of Alabama as an SAE where he made amazing friends. He eventually graduated from the University of Kentucky in 2016 with a degree in Economics, making more friends along the way. Upon graduation, Jack studied for the LSAT and later enrolled in Capital Law School in Columbus, Ohio. There, he made lasting impressions on his professors, and everyone he met including the security guards, who he knew by name.

Jack was employed as a legal intern at Underhill & Hodge in New Albany, Ohio where he worked with his uncle, David Hodge. David was an important mentor and friend to Jack, and he appreciated his guidance both personally and professionally.

Jack had an infectious natural energy that drew people in and made everyone want to be around him. Talking to him was like talking with an old friend, even if you had just met him. He had a special way of making everyone feel included, and like they could be themselves. His natural charisma was magnetic and drew in friends from all walks of life. Jack was someone who knew everyone’s name and greeted every person with a smile on his face. Anyone who was lucky enough to cross paths with Jack could feel the light and happiness that radiated out of him. He emanated a type of judgment-free acceptance and kindness that made you feel comfortable and safe. Jack lifted up those around him when they were down, and never hesitated to take a call, pick up a friend, or dedicate his time to helping those in need. Jack was witty and had the ability to find humor in the dullest and dimmest of situations. His laugh was contagious, and smile, infectious. Jack was authentically himself every day and was known to send unprompted messages to friends and family, "I hope you have a good day." Jack had many passions; fitness, kayaking, white water rafting, and music. He recently released his first album with his band, 'Winston Wifi,’ appropriately named, "The Saddest Vacation Ever Taken."

Jack is survived by his parents; sisters, Haley and Janie Rardin; stepmother Bobbi Rardin; loving grandmother, Norma Hale Robinette; uncles, Tom Biederman Jr. (Lisa), L. Benjamin Biederman, David Hodge (Lindsay), and Max Hodge (Sonya); aunts, Mimi Vass, Tulley Kellner (John), and Amy Rardin. The times he had with his many cousins were some of his fondest memories, his little cousins lit up his life. Those who were fortunate enough to call Jack their friend were the luckiest of people. He leaves behind his girlfriend, Kara, who filled his heart every day.

A celebration of Jack’s fun and laughter-filled life will be at 2:00PM on June 25, 2022 at The Boulevard Tennis Clubhouse in Vero Beach, Florida. The family requests stories and anecdotes about Jack in lieu of flowers or donations. If you are unable to attend, but have a memory of Jack you would like to share, please email them to barardin@mac.com.

To know Jack was to love him. We will miss his goofy nature, his silly dances and witty jokes.

To order memorial trees or send flowers to the family in memory of Jacob "Jack" Rardin V, please visit our flower store.