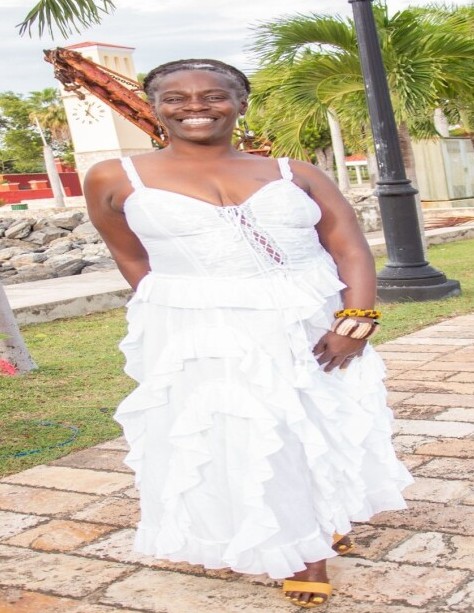 Jackie was born on November 20th 1966 to Henry and Venetta Harrigan on St. Croix United States Virgin Islands. She attended Central High School on the island before making her way to her graduate studies at Brown Mackie School of Nursing in Akron, Ohio. Where she obtained her degrees as a License Practical Nurse. Jackie was a long-time resident of Cleveland Ohio. Jackie relocated to Columbus in 2019 after the tragic passing of her beloved son.

Jackie loved spending her time with her loving husband, family and best friend. She was united in Marriage to the love of her life Dexter on June 25 2021.

Jackie only son Meshach was born on November 26th 1991 on St. Croix USVI. Meshach passed away on December 17th 2018 in Cleveland Ohio at the age of 27. Meshach was an avid gamer and a connoisseur of beers. He gave his mom a taste of an open mind to trying different things. Encouraging his mom to travel and enjoy her adventures.

Jacquelyn enjoyed spending time at the ocean side. Any chance she got to return home to St. Croix her first place was to the visit the tranquillity of the ocean and bask in the glory of the beauty and sounds of it. Jackie most spectacular viewing was sitting and watching the sun set over the island.

Jackie and her best friend of over 20 years Liz travelled through life together, assisting each other through life’s obstacle and triumphs laughing and smiling through it all. Jackie and Liz were known as Oprah and Gale. Jackie and her sister/cousin Danica spoke daily and shared aspiration of Jackie and Peck returning to St. Croix upon her retirement from nursing.

She enjoyed dressing in amazing ensemble with matching head dress at times. Jackie took pride and comfort in maintain her gorgeous locks for the many years she grew them out her locks were healthy and waist length making it a loving chore to upkeep.

With many other family and friends to numerous to mention.

To order memorial trees or send flowers to the family in memory of Jacqueline Harrigan-Wickham, please visit our flower store.