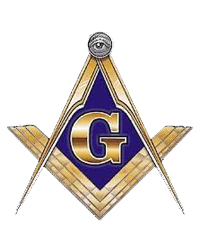 James Robert Downs, Jr., 80, of Apple Valley in Howard, Ohio (and winters in Punta Gorda, Florida), passed away Sunday, June 28, 2020 at The Ohio Eastern Star Home in Mount Vernon, Ohio.  He was born December 7, 1939 in Columbus, Ohio to James R. Sr. and Della June (Haberman) Downs.  Graduated from Worthington High School and Carnegie College in Cleveland, Ohio, Jim enlisted in the Air Force in 1962 and served in medical technology as a chemist at the School of Aerospace Medicine, Brooks Air Force Base, San Antonio, Texas.  Serving during the Vietnam War period, Jim drew and analyzed astronauts’ blood in support of the Gemini and Apollo Space Programs.  Jim met his bride, Sally (Hains), while working at Coshocton County Medical Hospital in 1961 and went on to a career with the Ohio Department of Health as a chemist for 26 years.  He was a dedicated and loving husband, father, and grandfather who cherished spending time with his wife and family.  Preceded in death by his mother, father, and brother (Jerry), Jim is survived by his wife of 56 years; son, “Chip” (Beth) James R. Downs III; son, David (Heather) Downs; daughter, Kim (Ed) Slagle; grandchildren, Matt, Caitie (Juan), Jenna, Anna, Greg, Josie, and Earnie; great-granddaughter, Mia; sisters Donna Headley and Jan Caudill; plus numerous nieces, nephews and extended family.  Jim was a member of Maple Grove United Methodist Church and a 32nd Degree Scottish Rite Mason with the Mt. Sterling #269 F&AM.  He also was a member of the American Red Cross, American Heart Association, American Legion, and American Chemical Society, as well as a CPR training instructor through the years.  Jim served as an usher at Ohio Stadium for 44 years from 1974 through 2018.  He loved cheering on the Buckeyes, cheering on his kids’ and grandkids’ school activities, and connecting with friends and families through scouting and travel.  Jim had a love for travel, electronics, and birdwatching.  Friends may call from 4-6 p.m. Monday, July 6, at Shaw-Davis Funeral Home, 4341 North High Street, Columbus, Ohio 43214, with a service and Masonic Service to follow from 6-7 p.m. with Rev. David Spaulding officiating.  Honoring Jim’s wishes, he will be cremated and interred at a later private gathering with his family at Union Cemetery.  In lieu of flowers, gifts can be made to The Ohio Eastern Star Home, 1451 Gambier Road, Mount Vernon, Ohio 43050, in his memory.

A live stream of his services can be found at 6 pm on the Shaw-Davis Facebook page, https://www.facebook.com/shawdavisfuneralhomes/ .

To order memorial trees or send flowers to the family in memory of James Downs Jr., please visit our flower store.