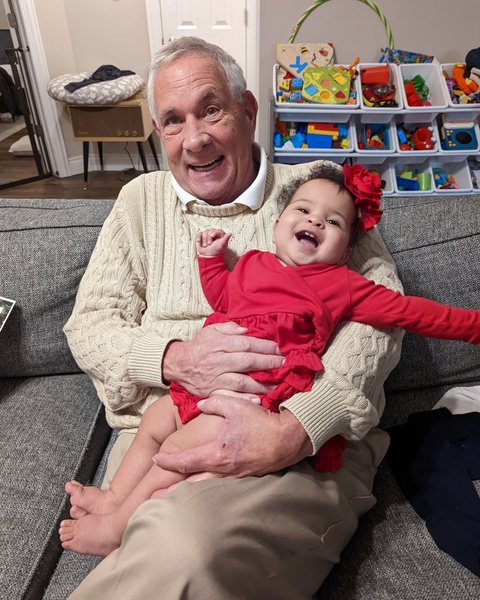 James Wolstoncroft Henry, IIII died at Ohio Health Methodist Riverside Hospital in Columbus, OH following a brief illness on Saturday, September 17, 2022. He was 72. Jim was born in Pittsburgh, PA, and was the only son of James W. Henry, Jr. and Suzanne Orr Henry; both predeceased him. He is survived by his devoted daughter, Margaret Henry Smith (Branden), and his two adored grandchildren John Holliday Henry Smith, 3, and Hannah Elaine Smith, 1, and his sister Suzanne Henry Kraft (Gordon), and several nieces and nephews.

Jim was a graduate of Valley Forge Military Academy in Wayne, PA, and a graduate of The Ohio State University with a master's degree in social work from the University of Dayton. Jim was a highly respected drug and alcohol counselor and a long-standing member of the recovery community. He spent his career working at Maryhaven Recovery Center, Dublin Springs, and North Central Mental Health. He dedicated his life to serving others. He was proud of his work, was excellent at it, and found his calling in helping others. His service and dedication were recognized by the Franklin County ADAMH which presented him with the Bob Fay Outstanding Service Award and North Central Mental Health which recognized him with the prestigious Drum Major for Peace Award.

He had a love of New York and Broadway theater. He also enjoyed travel, especially later In life, exploring the world on cruise ships. He loved to cook and entertained with flair! Jim’s family would like to thank the nurses and doctors who administered treatment with such care and as importantly want to thank Wendy Williams and Terry McCabe for their many kindnesses and loyal friendship.

Burial is private and will be at Union Cemetery in Columbus. In lieu of flowers please make donations in his name to a charity of your choice.  Arrangements by Shaw-Davis Funeral Homes.

To order memorial trees or send flowers to the family in memory of James Wolstoncroft Henry III, please visit our flower store.