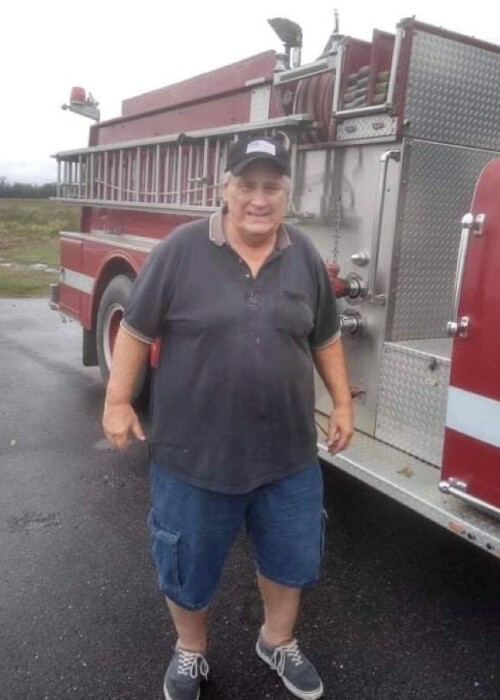 James E. York III, 66, made his transition to heaven on March 21st surrounded by his wife and children. He was born on Christmas Day, 1955, and remained a lifelong resident of Columbus, Ohio. Jim is preceded in death by his father James E. York II; mother Dorothy York; as well as his canine companions Roddy, Suzie, Toby, and Ace. He is survived by his wife Sharon York; children Derek (Melissa) York, Holly (Garrett) Monast, Hannah York; grandson Griffin Monast; brother Howard York; and his loyal dog Daisy.

Jim had two dreams for his life: to be a firefighter and a truck driver. He managed to do both as well as raise a family. He served on the Columbus Auxiliary Fire Department in his early 20s, sparking his lifelong passion for the trade. Jim then began trucking in 1985 and fell in love with life on the road. He enjoyed taking road trips with his children and introducing them to many unique sites across the country.

Jim had one singular calling for his life which was acquiring fire fighting equipment for Belize. Because of his determination, Jim was the driving force in getting four fire trucks shipped to the island on C-17 air crafts. His relentless pursuit to fulfill his calling resulted in countless lives being spared.

Jim was a quirky man who was eager to tell a story to anyone that would lend an ear. He was a devout follower of Jesus Christ and a lover of traditional hymns. As the head of the Pizza Patrol, he was passionate about thin crust pizza with extra sauce. He was a “super daddy” to his three children, and a friend to all. The world is a lesser place without Jim in it. He will be greatly missed.

To order memorial trees or send flowers to the family in memory of James York III, please visit our flower store.