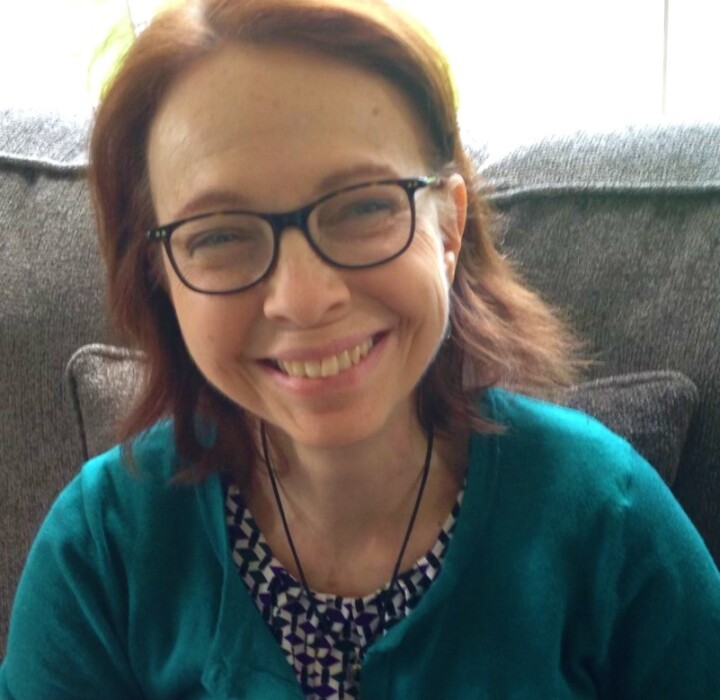 Janet Ann Armstrong passed away on November 2, 2021 in Columbus, OH. She was born in New York City in 1953 and raised in Madison, WI. Her family lived in Paris for two years during her childhood, where she attended French schools and gained fluency. She returned to France for a year as a college student and became a lifelong devotee of the language and culture, taking her own family there many times. Janet met her husband David Blau in Madison after graduating from the University of Wisconsin. They married in 1981 and lived in Stamford CT, Miami FL, Chapel Hill NC, and for the past 14 years in Columbus. Janet worked at a children’s book publisher and at an arts foundation but devoted much of her adult life to raising her children, Kathryn and Michael.  She made many lasting friendships thanks to her love of meeting and talking with people, her kindness and generosity, and compassion toward friends and strangers alike. She loved to visit Paris, and never missed a chance to bring along a friend to whom she could introduce her favorite neighborhoods and shops.

Janet touched many lives and leaves behind friends and family across the world. Her loved ones admired her generosity, her penchant for interior design and her beautifully curated home, her passion for the arts including a lifelong pursuit of piano, her devotion to every shih tzu she ever met, her immersion in French culture and language, and her sense of wonder about some of the simplest things. These qualities made it easier to laugh at her snarky sense of humor and her inability to be on time. A typical response upon learning of her death was “Janet was the most selfless, kind, and generous person I have ever met.”

Janet is survived by her husband of 40 years, David Blau, her children Kathryn Blau (Jason Evans), Michael Blau (Aditi Bansal), her granddaughter Leona Evans, and her sister Carol Wilkins. Her parents John and Annette Taylor Armstrong died in 2010 and 2019, respectively. By a sad coincidence, her other sister Kathryn Armstrong died a few hours after Janet.

In lieu of flowers, contributions can be made in Janet’s name to a fund she supported at The Ohio State University to provide travel support to OSU students who study in France [ https://www.giveto.osu.edu/makeagift/ ; search for Global May Paris Travel Fund, or fund number 316557].

To order memorial trees or send flowers to the family in memory of Janet Armstrong, please visit our flower store.