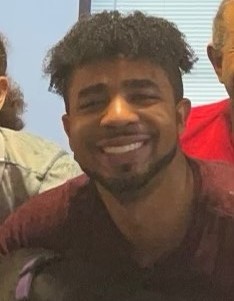 Jared “J-Rod” as he was so lovingly known only among us eight, was born on a beautiful December morning in New Orleans, Louisiana.  At the age of nine Jared, along with his huge family of nine, planted new roots in Westerville Ohio, and later settled in Dublin. Jared was homeschooled and participated in The Learning Tree Co-op where he was introduced and thoroughly enjoyed the writings of Shakespeare, acting and the game of chess.  He became an avid chess player, fascinated and highly competitive with the game which he played into his adult years. He participated in several recitals, being great at the keys, and he enjoyed a short season of soccer and basketball.

As the years passed, Jared’s love for Latin, literature and writing prevailed, pushing most of these other interests at bay. He entered “brick and mortar” schools and attended Tree of Life Christian, Westerville South and Dutchtown high schools.  He eventually went on to The Ohio State University, where he received a technical writing degree and was working on a second degree in Computer Science which he was posthumously awarded. While pursuing his educational goals, Jared maintained steady employment over the past four years at Whole foods Market (produce) being an outstanding key team member.

Jeopardy and Jared went hand in hand. The “questions” would bolt out of him before we could finish reading the clue! We were pretty adamant about him trying out for the show; in our home he was known as our Jeopardy champion! Jared was also an avid exerciser and very precise about his diet.  For the past 3 years he consistently did meal prep and never patronized fast food establishments, as he was very frugal in his spending.  He was a quick-witted man, an old soul, with a very dry sense of humor that had his mother in laughing tears almost daily! Family life was extremely special to Jared. He played to the end in scrabble (knowing every 2-letter word-rarely ever leaving behind tiles) A card games of Hearts would keep him at the table to midnight but it was our backyard games of volley ball that would have him playing out in the dark!

A couple years back as our country saw much racial injustice, riots, etc. Jared questioned his faith and wondered where was Father God Almighty; at that time, he labeled himself agnostic. As the years passed Jared, indeed, found his loving Father God. In November 2021 Jared shared “I know God is there and real, I believe in HIM.” He attended Christmas eve and New Years eve services with our family but shared of finding a church home of his own. We know he found the BEST “church home!”

To order memorial trees or send flowers to the family in memory of Jared Watts, please visit our flower store.