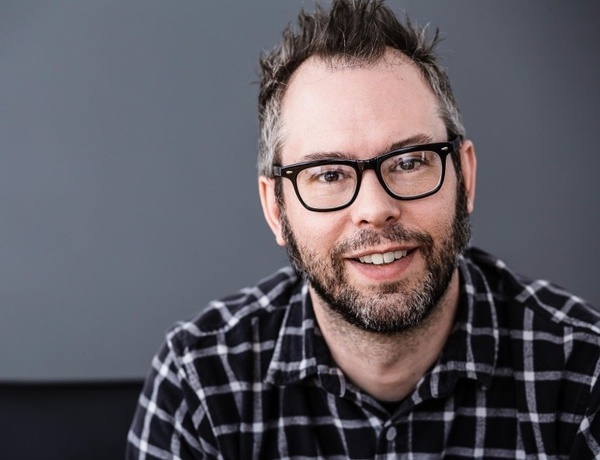 It is with heavy hearts and profound sadness that the Spinks family announces that Jason “J.” John Spinks of Worthington, Ohio, went to be with his Lord during the early hours of Wednesday, August 18, 2021. Jason passed peacefully at the Columbus Alzheimer’s Care Center at the age of 48. Jason was born in Sudbury, Ontario, Canada on March 31, 1973.

Jason met and married his bride Mary Jo while attending North Central University in Minneapolis, Minnesota, where he completed two Bachelors of Science degrees in journalism and broadcasting. He later attended the Savannah College of Art and Design (SCAD), where he obtained his Master’s Degree in Arts. Jason had a true passion for volleyball, playing throughout his high school years, and later becoming the assistant coach of the North Central College women’s road team. His creativity permeated all parts of his personality holding himself to the highest standards. He would not accept mediocrity. Jason’s love of all things automotive manifested itself in the roar of his beloved 2001 Bullitt Mustang that could be heard daily as it approached the house. He was a caring father to his daughters, a devoted and loving husband, and a respected and loved member in his community.

The family would like to express gratitude to Columbus Alzheimer’s Care Center and VITAS hospice for the care and support given to Jason and the family.

Brain tissue was donated to the University of Maryland for scientiﬁc research.

In lieu of ﬂowers, memorial donations can be made to The Association for Frontotemporal Degeneration (AFTD) online at www.theaftd.org in memory of Jason Spinks or designated toward a college tuition fund to be created for Jason’s daughters.

To order memorial trees or send flowers to the family in memory of Jason "J." Spinks, please visit our flower store.