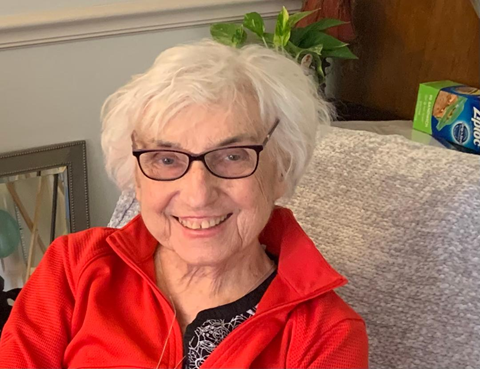 Jean Robinson, an 86-year resident of Mt. Lebanon, passed away on December 17, 2021 at the age of 86 after a short illness. Born in Pittsburgh, PA in 1936, she was raised in Mt. Lebanon where she lived her whole life until recently moving to Columbus, OH to be near her youngest daughter, Linda Ferguson. Predeceased by her husband, Hugh H. Robinson, in 2010, her parents, Charles and Gayle Kappler, and grandchild, Kyle Robinson, she leaves behind three children: Marianne (Douglas) VanHoute of Syracuse, New York, James Robinson and fiancé Patie Asturi of Pittsburgh, and Linda (Victor) Ferguson of Columbus, Ohio; five grandchildren: Rick, Emma and Simon VanHoute, and Van and Mac Ferguson; her sister, Florence (James) Braker, of Rochester, New York; and many relatives from Ohio, West Virginia, New York, Illinois, Georgia and California.

Jean attended Muskingum College, where she met Hugh, and received a degree in Education. Due to the requirements at the time, she was obliged to quit her teaching job to adopt her first child, Marianne, and her second child, James. She believed she had the flu when miracle child Linda was born. She remained a devoted mother and caretaker until she was able to obtain a part-time teaching position as her children grew. She substituted at Keystone Oaks School District and taught part-time at Allegheny Community College.

There will be a Memorial service on a future date at Southminster Presbyterian Church where she had been a member for 86 years.  Details on this service will be announced.  In lieu of flowers, contributions in Jean's memory may be directed to Southminster Presbyterian Church, 799 Washington Rd., Mt. Lebanon, PA 15228 or Worthington Christian Village, 165 Highbluffs Blvd., Columbus, OH 43235.

The family is grateful to Bella Care Hospice and Worthington Christian Village for their kindness and support.

To order memorial trees or send flowers to the family in memory of Jean (Kappler) Robinson, please visit our flower store.