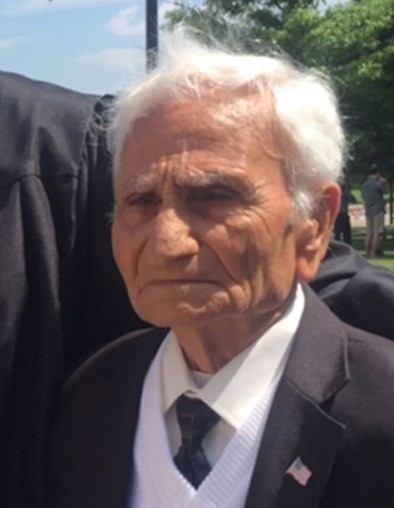 Jean was born in Aleppo, Syria to Gabriel and Lucine on the First of January 1928. Jean was preceded by his Father Gabriel, Mother Lucine, Brother Baseel, and Brother Yousef. Jean is survived by his Wife Hand Saloum, his 4 children, Gabriel, Saliba, Fadel, Siham, his 9 grandchildren, Candace, Collin, John Jack, John Fadel, Michael, Richard, Noel, Nancy, Jack, His Sisters, Janet, Sarah, and many other lives he has inspired and was there for.

He lived a life as a teacher to many. He strongly believed in self-education as he homeschooled himself and graduated with a French Literature degree in 1985 at Aleppo University. He spoke 7 languages and would want to communicate with you if you spoke a different language. He dedicated a lot of his life to educating the youth. He was the Leader of the 6th Assyriac Scout Wing. In the Scout, he played the Trumpet in the band. He loved traveling and he went around the world and saw many things from Paris to New York. He went to Japan in 1977 to be specialized in Toyota as he was chosen out of many. He was a leader of the Mechanics Industry in Syria and was highly respected. One thing you would see him doing a lot of times is reading and writing. He would not like to go to sleep if he did not read and prayed out loud before. He was very peaceful and never had to speak to the police. He was held high in the community and he was what people thrived to be and wanted their kids to be. He is in the memories of the people that he loved and that loved him. He will be forever missed and will never be forgotten. He was a loving father, grandfather, teacher, and someone that followed his principles.

If you would like to make a donation in Jean's honor, please consider donating to the Saint Sophia Syrian Orthodox Cathedral, 1493 Indianola Ave, Columbus, Ohio 43201 USA.

The family welcomes all and thanks all who keep his memory alive.

To order memorial trees or send flowers to the family in memory of Jean Yandem, please visit our flower store.