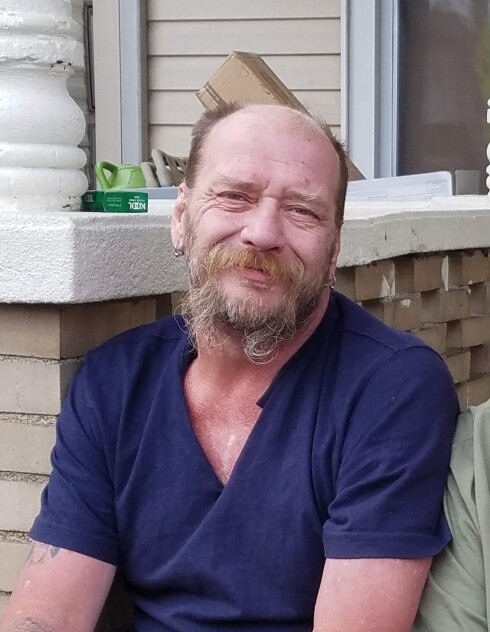 Jeff "Pappy" Allen Starkey age 59 of Newark Ohio. Passed away on November 9,2021. He was born October 15, 1962 in Newark Ohio to the late Mabel Malloy(Grover) and Donald Starkey. Jeff enjoyed camping and fishing, and tinkering around with his many bicycles. He loved watching wrestling and was a die-hard Michigan Wolverine Football fan. He enjoyed spending time with his Children and Grand babies, he loved being a Pappy more than anything. He is survived by his Daughters Belinda (Joseph) Green of Newark Ohio, Crystal(Donald) Moore of Brandon Florida, and Jessica (Lisa) Starkey of Nashport Ohio. Step Sons John Davis, Jesse Davis, and Josh Davis. Ex- Partner and still best friend Jennifer Davis. 22 Grand Children, 1 Great-Grand Daughter. Brothers Fred Starkey, John Starkey and Jimmy Vanallen, Sister Becky Lake and many nieces and nephews. In addition to his parents, he is preceded in death by his wife Deanna (Dee) Starkey. A Great Grand Daughter Hope Garnack. Brothers Paul Starkey, Danny Starkey, Bill Vanallen. Sisters Nancy McElfresh (Montgomery) and Virginia Montgomery. A special niece Kati Clay (Montgomery). At his request there will be no funeral services held. He wishes to be cremated and at a later date a private grave side ceremony will be held as he will be laid to rest with wife Dee. We will be having a celebration of life at The Hampton Inn 1008 Hebron Rd, Heath Ohio 43056 on Friday November 12, 2021 from 4-8 pm in the conference room. In lieu of flowers, any contributions can be made to the family to help with final experience.

To order memorial trees or send flowers to the family in memory of Jeff Starkey, please visit our flower store.