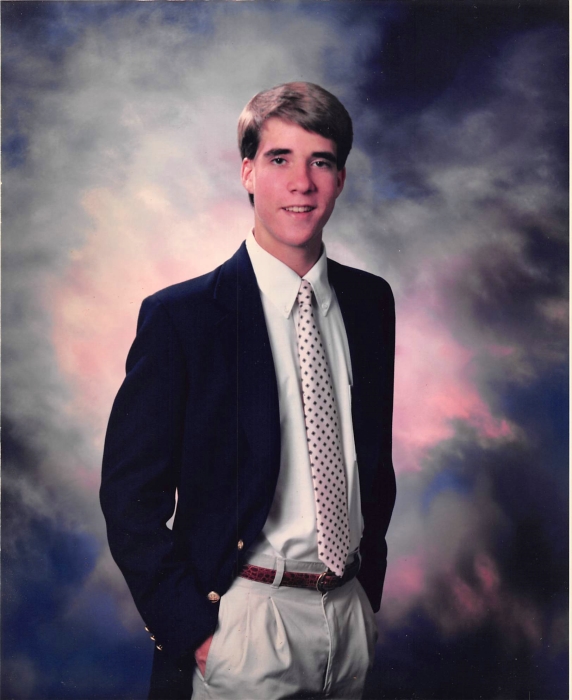 Jerald (Deuce, Rob) Robert Porter II, 49, of Columbus, passed away at home on July 7, 2021. He was born on December 23, 1971 in Farmers Branch, Texas to Jerry (Jerald) Robert Porter, and Mary Ann (Middleton) Newell. He grew up in Duncanville, Tx. With his brother Mark Porter (Lindsey Porter). He attended Alexander Elementary, Reed Junior High, Duncanville High and Graduated from Huron High  in Huron, Ohio in 1990. He attended The Ohio State University and graduated with honors Psychology in 1994 Summa Cum Laude.  He worked for ADS,  Alliance Data in Columbus, Oh for 22 years. He as a valued employee, trusted friend and very hard worker. He loved going to Grateful Dead shows and Phish concerts with his friends. A lover of music, he always had music playing, and was a walking soundtrack to many kinds of music. He enjoyed hockey, and was a solid supporter of the Columbus Blue Jackets. He could always be found with a smile on his face, and had a great sense of humor. He is survived by son Jerald (Trey) R. Porter, Columbus, Treys Mother April (Surgeon) Porter ; Mother Mary Ann (Middleton) Newell, Clayton Newell (Newton, Iowa); siblings Shelly Fitzgerald, Bobby Jackson, Jay Jackson, Michelle Jackson,  and Mark Porter. There are many aunts, uncles and cousins, nieces and nephews, as well. He is survived by his beloved pug Stella Blue. Preceded in death by Father Jerald Robert Porter, son Nolan Bauer, and sister Sindy Wozniak. Service will be held on Thursday July 15, at 12 pm at Shaw-Davis Funeral Home in Columbus Ohio, 4341 N. High St. Memorial donations in his memory may be made to Pug Rescue.

To order memorial trees or send flowers to the family in memory of Jerald Porter II, please visit our flower store.