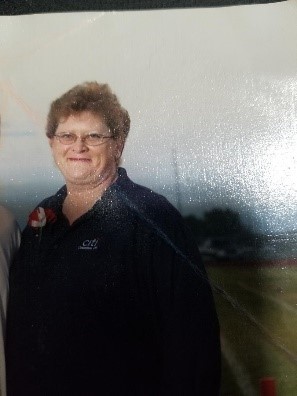 Jody Elaine Sears, 64, of Galloway, died at 4:35 pm on Wednesday June 3, 2020 in the intensive care unit at Doctors West Hospital in Columbus, OH. She was born on October 30, 1955 in Marysville, OH to Hubert (JR.) and Gladys Bishop. She was married to her husband David Sears going on 40 years and he survives her.

She was preceded in death by her mother and father.

Jody was a long time resident of London, Ohio, where she worked jobs under Nourse Motors, Dan Tobin, and Coughlin Automotive. In 2008, she moved to Columbus, Ohio, where she would work for Citibank and one other job site before being deemed unable to work. She graduated from Jonathan Alder High School in 1973.

She enjoyed playing bingo, solitaire, playing slots at the casino, and anything to do with her cat, Onyx. She also enjoyed planting flowers and maintaining her garden area.

Per Jody’s wishes, there will be no visitation or funeral arrangements. Cremation services have been entrusted to Shaw-Davis Funeral Home at 34 W 2nd Ave in Columbus, Ohio.

In lieu of flowers, Jody’s wish is that you please make a donation to the American Heart Association in her name.

To order memorial trees or send flowers to the family in memory of Jody Sears, please visit our flower store.