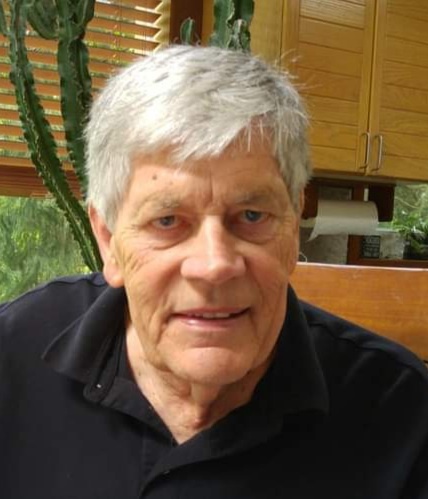 
John was born March 2, 1936, and grew up on a farm south of Monroeville, Ohio. He attended St. Peter Lutheran Church and graduated as valedictorian, from Monroeville High School in 1954. He graduated from Bowling Green State University in 1960, and taught 7th and 8th at Monroeville as his first teaching assignment.


He then moved to Columbus and accepted a job teaching 6th grade science classes at Tremont Elementary School in Upper Arlington where he soon was promoted to principal. Meanwhile he earned his master’s degree at Ohio State University.


In 1973, he was asked to head up a new concept in special education called the Miami Valley Regional Center for Children with Disabilities to deal with each type of disability in depth. It was a success and John orchestrated the implementation of this concept in other areas of Ohio and nationwide.


Some of his lifetime achievements included helping to create the Ohio Coalition for the Education of Children with Disabilities where he served as its first president. In 1976 he was named Ohio Special Education Administrator of the Year and in 1987 he received the Harold F. Hilty Humanitarian Award. He also received the Thomas A. Bankston Lifetime Achievement Award from the Dayton United Cerebral Palsy Organization.


In 1990 John retired for the first time and immediately moved to Savannah, GA. Within a week he started a new job as an evaluator in Savannah’s desegregation program. In 1992, after 2 years of “retirement” he was appointed the position of director of Special Education for the State of Ohio and moved back to Columbus where he served until 2000.


He always maintained his ties to Monroeville through family, friends and a 60-year membership in the Roby Lodge #534 F & AM.


John and his wife Sue are proud of their large loving family; six children, 15 grandchildren and 11 great grandchildren scattered around Ohio and across the country.


In his free time, John enjoyed playing with his grandkids, traveling, playing golf and his guitar, and reading. He loved his family and friends and was always the ultimate host.


In lieu of flowers, please consider a donation to the Gethsemane Lutheran Church at www.gethsemane.org or hospice at the National Church Residences.org/donate/hospice.


To watch the online memorial service for John on Sunday, December, 6th at 2:00 pm. Please put http://youtube.gethsemane.org in your browser and click on the Memorial Service for John Herner.

To order memorial trees or send flowers to the family in memory of John Herner, please visit our flower store.