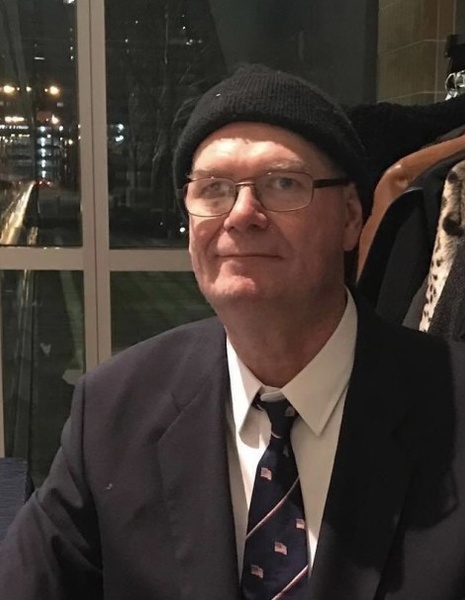 John V. Kleperis Jr. passed away peacefully on Oct 19th, 2020 at the age of 61. John was born on November 20th, 1958 in Selma Alabama to John and Margaret (Dean) Kleperis. He graduated from Wright-State University with a BA in 1981, and a BS in 1986. He dedicated his life to improve the quality of life of the developmentally delayed. For the last 13 years, he worked for the Heinzerling Foundation as a teacher. Previously he worked for the State of Ohio and the Cerebral Palsy Foundation.

John was know for his creative mind as he ofter wrote fictional stories and drew cartoons. His passion for model railroading was well known.

John was preceded in death by his Father John and his mother Margaret.  He is survived by his brother Richard, a daughter Chloe Kiser, and several cousins.

A Celebration of Life will be held at a later date.  In lieu of flowers, donations to the Heinzerling Foundation or Hospice of Central Ohio are appreciated.

To order memorial trees or send flowers to the family in memory of John Kleperis Jr., please visit our flower store.